Albert and his friend Shawn George both shot these deer on Saturday October 29 in the late afternoon. They spotted these two bucks and a doe walking through a creek bed. Albert shot his deer at 250 yards. Shawn’s deer did not run after Albert’s deer went down, therefore he took a shot at 200 yards and hit him. Several moments later they found our deer and were very excited. Both deer had some broken tines. It appears as though they had been broken for some time now. 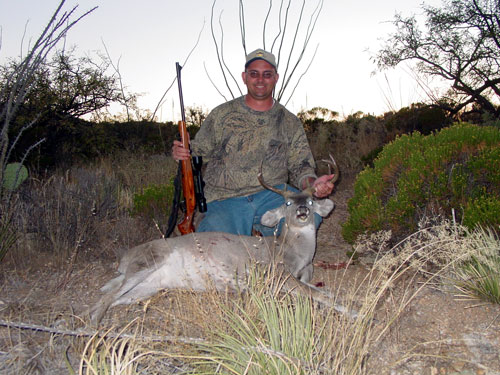 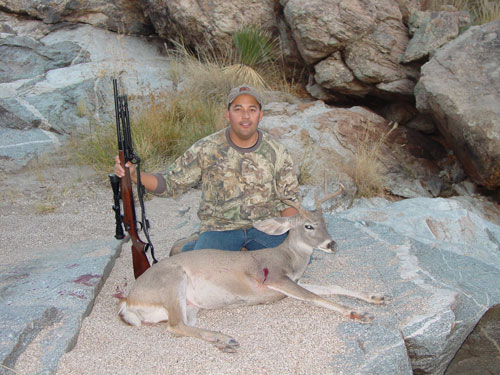