This amazing set of sheds was found by White Mtn Apache tribal members in 2003 and bought by Alan (Josh Epperson is holding the antlers in the photos). The right antler is a 5 point that grosses 58 inches. The left antler is an 8 point with a gross score of 64 6/8. So this pair scores 122 6/8 without a spread!!! What an amazing buck. And this antler was grown during the drought in AZ.

I have put in close-up photos of both the left and right antlers for a better look. 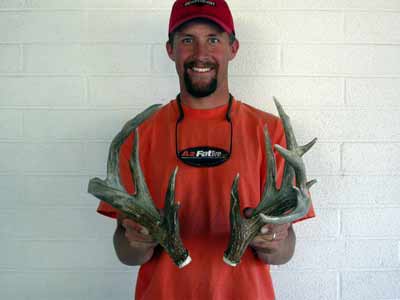 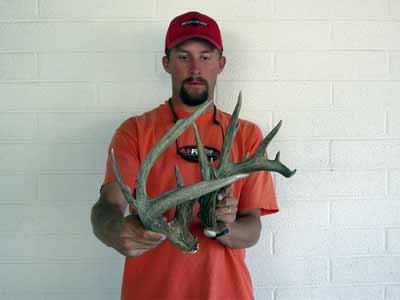 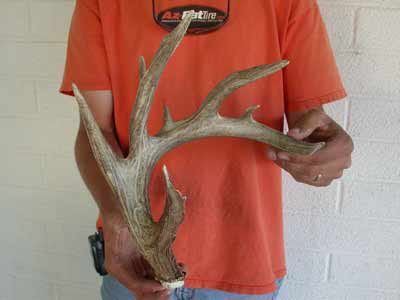 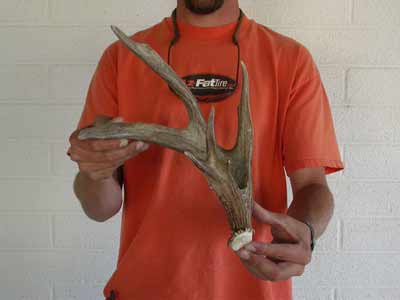