“Amy shot her deer on the second day of the hunt. She had said no to shooting a spike at first but as the weather got worse and the thought of only having one more day to hunt she got a little weak and took this deer at 303 yards with her 22-250 with one shot in the neck.

I glassed up my deer on the third day of the hunt after sitting in the same spot all day the first day and only seeing a few does. I had scouted this deer a few week before the hunt and planned on Amy shooting him on the first day but couldn’t find him. We went back in to that spot on the third day knowing he was there and I found him right away. I cut the distance to 493 yards and took the shot with my 22-250. I hit him twice just a little to far back to hit the vitals but it still took him down. When Amy and I walked up on him he stood up and one more shot finished him off.” 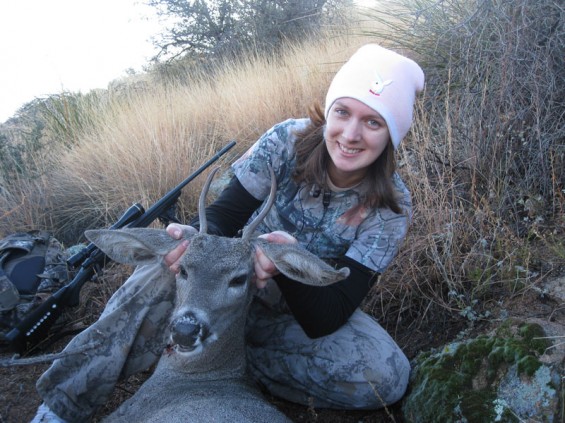 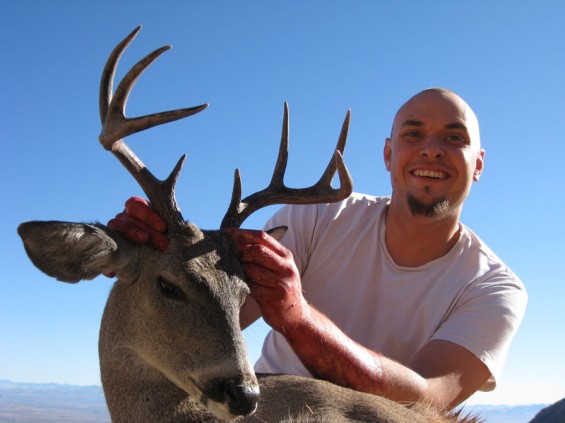 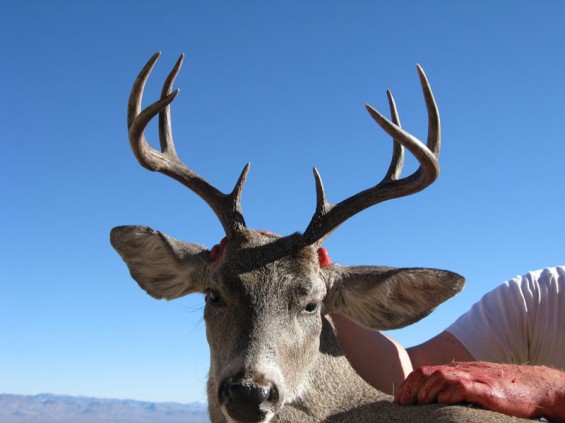