Day1: we glassed probably 40 or so deer with a few small bucks and one 3 point plus. He was way off but had a rack. tried to split the distance but he bedded and was never to be seen again.

Day 2: regrouped and hit an area right about dawn and oh boy, everywhere we looked those little critters were moving. another day of multiple deer and a bunch of small bucks. 10+. we saw one really nice 2×2 and a 3×3 but wanted something a little bigger.

Day 3: hit area from day 2. Again deer and pigs everywhere. about 7:30 a deer comes over the ridge and we all freak. It looks like a toad. As the sun came up more it was determined that he was not a 100 inch buck but he was a buck good enough for me or my buddy Rob. While the 2 other guys stayed atop the mountain we were able to cross a canyon and move up a ridge to get in place. The deer had bedded. Got to the area to set up and was able to find the deer behind a Palo Verde that we bedded him. The wait begins.

About 10 minutes later the guy decides to show us his stuff but only his head. He laid down again. 2 hours later after watching and waiting, I thought I was going to be out smarted by a lazy deer. we were only about 280 yards from him. I was out in the sun, thristy, hungry and my neck was killing me from looking from binos to scope. Didn’t take my range finder. lovely so over the 2 hours I had plenty of time to judge the distance, play with my scope. move the compensator up, back down, and second guess my every move. Finally I had to get in my pack to get some water. I got the water out and some food. Rob and I took turns wathching while the other rested. We had decided that Rob would shoot first. If he missed then I would take a shot.
Waiting for him to stand and present himself was like waiting for a timebomb to go off. What if we miss. Is the yardage right. ahhhh.

Finally noon came and like so many others we have watched over the years, he did a noon stretch. Radioed to the guys back on the hill that he was up. They were napping so they didn’t have time to film.

Rob got in place as well as I, We did a count down and Boom. Rob shot 3 feet high? I then proceeded to squeeze the trigger while Rob put another round in. Boom. about 2 inches high. Deer didn’t move and he was still in view of my automatic. lowered the crosshairs before Rob could zoom in again and boom My Browning 270 had done it again. Meat in the freezer. Here are some pictures. Not sure what he will score but it looks to be high 70s maybe low 80’s 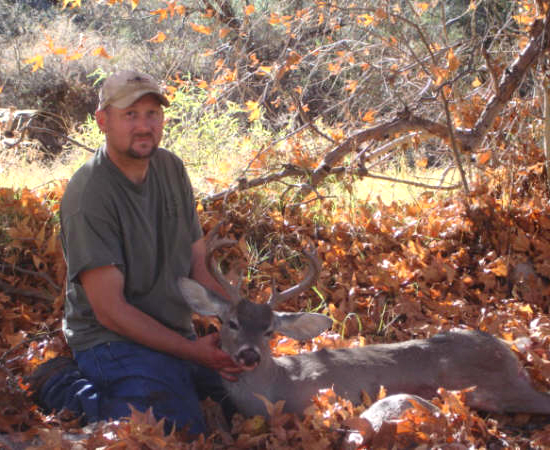 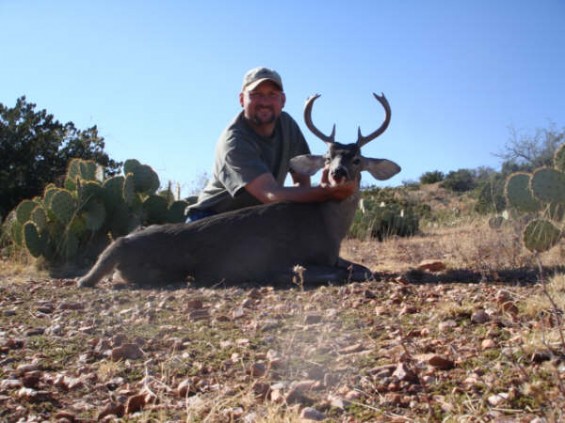 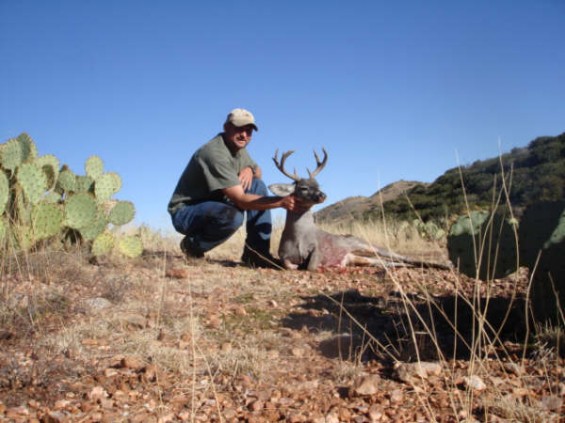