Here is what Bruce said about his hunt:

I took this buck in December 2007 in unit 32. It was a great hunt and we saw a ton of deer. No monsters but quite a few good bucks. I laid in the snow for forty five minutes waiting for this buck to give me a shot. When he finally stepped out I shot under him. He stepped back in the brush and I thought “Great” I’m going to lay here for another forty five minutes. He stepped back out a couple of minutes later and I was able to harvest him with the next shot at 436 yards. This is the longest shot I have ever made actually knowing the distance with a rangefinder. Ruger #1 7MM. Remington Magnum. 140 grain Nosler Ballistic tip handload. The pictures are not great but the grass was deep, the hill was steep and the decomposed granite was like walking on softballs. He nets 90 7/8 ths. Interestingly we saw four more nice bucks in this same canyon that all possessed the same crawdad fork on the same side. 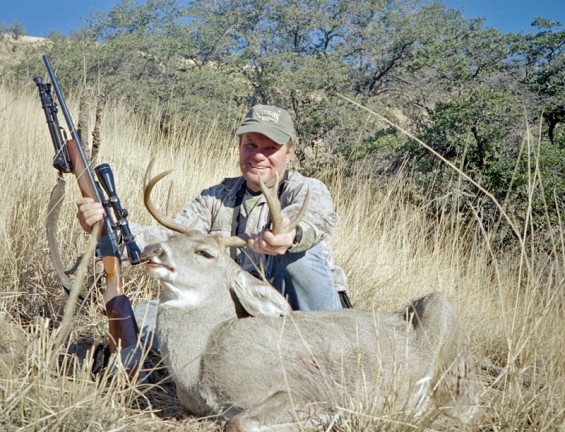 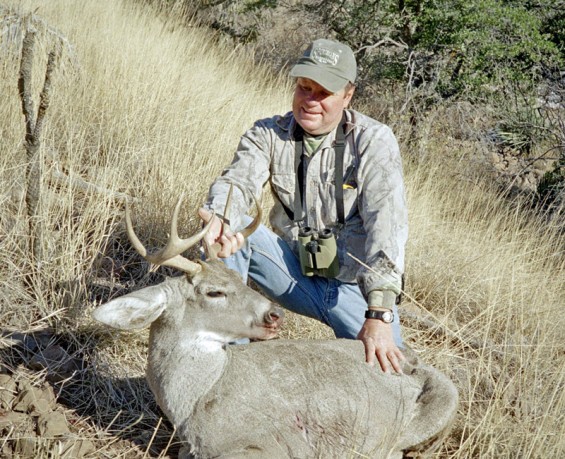