Butch and his son Mike spotted the buck two days before but he was too elusive and wary. On the day that Butch shot him, they spotted him across the canyon from them at about 800 yards away. As you can tell from the photo, there wasn’t a whole lot of cover for them to stalk him in order to get within range of my .270 Winchester Featherweight. Mike stayed on the ridge to keep and eye on him while Butch slowly “low crawled” over rocks and cactus to a lone juniper tree which put him about 360 yards from the buck. The buck was looking in his direction the whole time that he was stalking him. Pretty surprizing he never saw or winded Butch. By the time Butch arrived at the juniper, he took some time to catch my breath. The buck was still standing on the side of the mountain, giving him a perfect broadside shot. After catching his breath, he held the crosshairs of his scope just slightly above the buck’s shoulders and squeezed off a round. One shot was all it took, he dropped in his tracks. 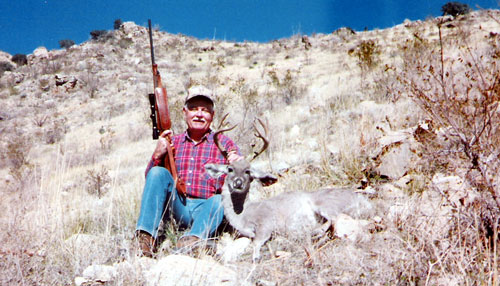 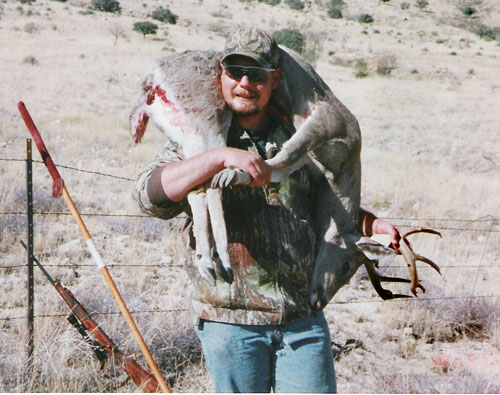