Christmas Eve morning was an extremely cold and windy morning. After watching two does on and off for about three hours, the buck appeared as though he was on the hill side with the does the entire time. After a 45 minute stalk, she shot him at 130 yards. The buck was very symmetrical however lost the right G2 and the main beam after the G3 when it tumbled about 25 yards down a steep slope after she shot it. They were able to find part of the G2, however they will never know the official score before it broke off. If you double the deers’ left side it is roughly 91 1/2 gross. 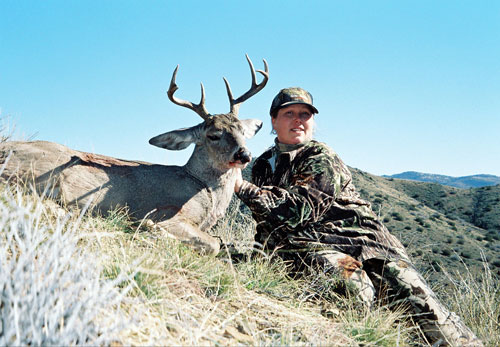