by Jim Mullins (aka Coosefan)

Well we are finally home and in the lap of luxury and I can’t shake this constant craving I have for ANY food that wasn’t previously FREEZE DRIED! Neither of us had time to scout this unit, but had prior experience there and we were just going to hunt it as hard as anyone possible could and test our basic knowledge of hunting Coues. We headed down 2 days early and positioned our trucks full of supplies and (Dr. Pepper) on both sides of a big mountain range so that we had two options if we needed to hike out instead of one. We packed our camp in on Thursday AM and set-up camp about 2 1/4 miles from my truck and about 2 miles from Shortpants’ truck. We found out quickly that there are alot more roads in this unit than any map will show, and it really isn’t the best unit to backpack into ’cause of that reason. We had a road about 3/4 mile straight below us and alot of hunters we accessing our spot that way. We glassed up a ton of deer and bucks but not as many as you would think for the amount of ground we were covering every day. We watched hunters walk around bucks and even shoot them from where we were but never found a buck we wanted in the first couple of days. Shorty has killed some huge bucks and had a big bottom line score he was holding out for and I just wanted to kill my first 3×3 in AZ, but still held out for a big buck because of all the effort we were putting into it. My camera was always buried in my pack so I video taped mostly but here are some pics I did get. 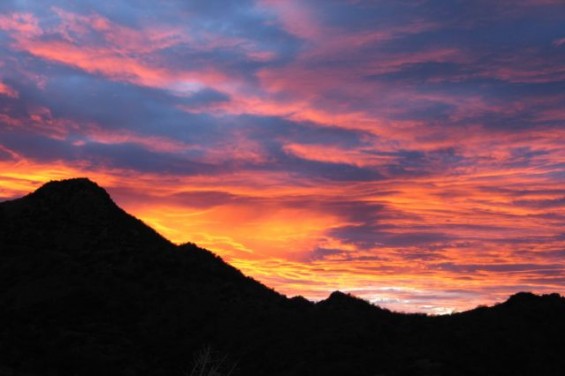 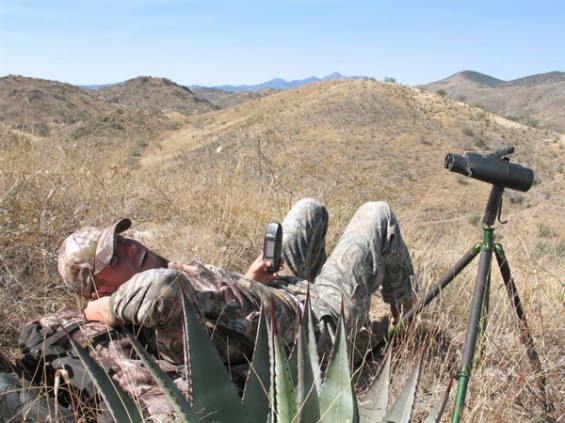 Our water was getting low fast and the water sources were right by the trucks so we left camp and headed down to Shorty’s truck instead to fill up…….actually, we could see his truck from our vantage point and the Dr. Pepper in the ice chest was calling to him. About 1/2 mile down, Shorty remembered he forgot his keys and had to hike back up to camp, we stopped and looked back up at camp and there were 4 illegals eating lunch right next to our camp so that was an extra reason to run back up there and scare them off. I climbed a little rise and glassed up a huge 2 point working his way uphill past me. I didn’t want to shoot a 2 point again…..that’s all I seem to get……but this one was heavier and bigger than the one I killed last year! I decided if I could get the camera on him I would take him….well by the time I ran back and got the camera and got it set up, he had just crested the point across from me, so I missed out on the kill and the video. I told Shorty what happened when he returned and I was bummed, but he kept telling me it happened for a reason, and we’ll find that big 3×3.

We decided at the truck that we would move both vehicles to the road below camp which was alot closer and continue to hunt the top of the mountain. We had been hearing alot of shots down in the low country and figured guys were whackin’ a bunch of spikes but as we headed out, we talked to several guys and stopped at a camp that had a 100″ buck and another camp had a 110″ class! Those guys down low were whackin’ TOADS! We then decided we were hunting way too hard and hiked in that night, packed up camp, and packed out in the dark. We planned on packing in to the low country and did it the following morning only to find people with fanny packs hunting what we thought was “remote” country! This is when we packed back out and grabbed the Rhino and threw our loaded backpacks into it and took off! We were hunting too hard and couldn’t win, so we drove the Rhino all the way back around the mt. range and way deep into the farthest place we ( or anyone else ) could go, and camped next to the Rhino! We hunted extremely hard from there and found alot of bucks but few that were shooters. We finally made a stalk on 3 bucks that Shorty had glassed up that took an entire day to do and we never relocated the one that Shorty wanted and made it back to camp several hours after dark.

Finally, sore and tired, we actually took the Rhino and drove to a glassing spot on the evening of the 5th day. Now we really felt like we were hunting the EASY way and hoped it would change our luck. I glassed up a decent 3×4 buck early and several spikes were between us and the buck, but I decided, second to last day, I’m not passing up the chance! Staying light, I left the video camera (bad decision) and Shorty on the point and took off. I made it around the spikes but got charged by a dang pig in the 5 ft. tall grass in the wash! That shook me up pretty bad but the stalk was still on! I belly crawled over the last ridge straight across where the buck had bedded and set up. I could not relocate the buck in the catclaw and scanned down. BAM! There below where my buck was supposed to be were 3 bucks bedded at 230 yrds. under a mesquite chewing their cud with their eyes closed! I pulled out my cell phone to call Shorty to tell him there is a change of plans, but couldn’t get him. I then called my dad, who was at home, and filled him in on what I was doing! There was a small 2 point on the left, a very nice, perfect 85″ 3×3 on the right and a broadside bedded 3×3 in the middle. I could tell the middle buck had a small crabclaw fork on his right but he had a ton of mass and width and height! I figured he would score about the same as the buck on the right and my dad agreed I should take the heavy older buck. I set dad down on a “cowpie” laying next to me, had the rifle dead solid on my tripod and shooting stick set-up, and rolled em’ over, he never got up! Because of technology, my dad got to be with me at that moment and could hear the whole event take place. My initial buck jumped up and ran off with the other 2 bucks and mine laid still 10 seconds after the shot!

I can’t put into words what it felt like to walk up to my buck, he surpassed what I had hoped for and is what I dreamed of taking on this hunt! All the miles of packing around a 65lb camp, all the hours of glassing and all the days of putting up with Shortypants made this my #1 buck to date regardless of score! He is super massive and wide and absolutely beautiful, the pics do not do him justice! We named this buck the “Big Easy”, because of how hard we hunted only to end up in the end on the 5th day, driving the Rhino to our glassing spot, and doing it the easy way! I’ll take em’ however I can get em’ though. I had a blast hunting with Jason and learned alot about his dedication to hunting trophy bucks. He didn’t take a buck on this hunt but I guarantee, outta the 40 or so bucks we saw, he could have! Next year “maybe” I’ll hold out for a bigger buck…….well….we’ll see when that time comes! 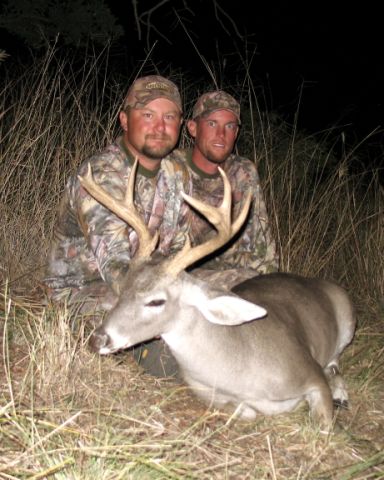 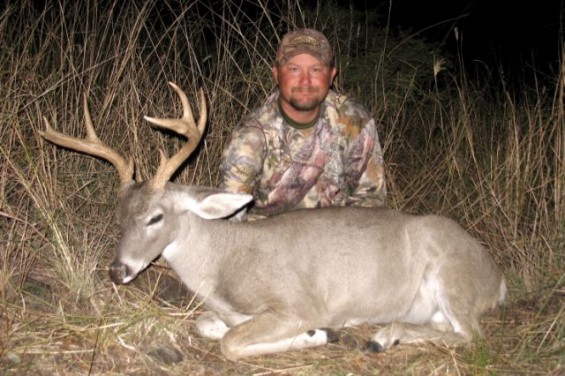