“I shot this buck on the afternoon of Sat October 27th 2007 in area 36a. My 10 year old nephew was with me. We rounded the side of a hill and my nephew pointed across to the hill in front of us and said he could see a deer with big horns standing under a tree. I humored him by telling him we would sit down in a minute and glass the hillside to see what we could see. A few seconds after those words left my mouth I saw movement on the hill side from under a tree where my nephew had pointed. This buck bolted to the left. By the time I got my scope of the 30-06 on him he was moving through some brush making it impossible to get a good shot. I ran a few steps forward and steadied myself on some big rocks to the left of the game trail. He came out of the brush and I nailed him in one shot about 30 yards before he reached the top of the saddle in a full run. I took out his spine just in front of his hind quarters which crippled his back legs. The shot was just under 100 yards. My nephew yelled “you got him Uncle Damon!”. It was an experience that neither one of us will ever forget. The other picture is my dad sitting on the quad. My older brother Tal shot a nice buck a few years ago in the same area.

here is a link to his brother’s buck. 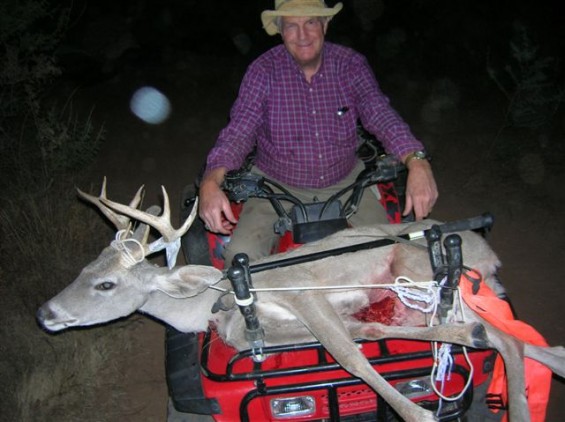 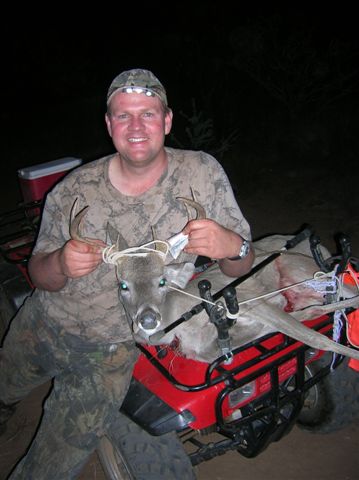