June 9, 2012 by CouesWhitetail in New Mexico Gallery with 0 Comments

It was a tough hunt.  Danny only saw 3 bucks in 4 days. This one was the biggest. He is a 4 x 4 and looks to score in the very low 80’s.  Danny took him with his .270WSM at 318 yards in the evening of the second day of the hunt. The next morning when he was packing him out he saw a small 2 point with a non-typical left antler. Then the following day when glassing for some mule deer for his hunting partner, he spotted another small 3 point down in the flats of where they were hunting. 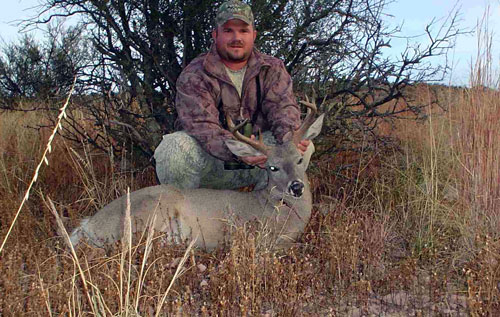