Daryl and his brother, and their father had tags this year. Here is what Daryl had to say about their hunt:

We spotted the two bucks walking in our direction but they were well out of rifle range. We got to within about 400 yards and set up. My brother got his buck, a 3×2 from that distance. We saw the buck go down under a bush and as we headed in that direction I told my dad and brother to keep an eye out because we did not see the other deer leave the area. When we were about 200 yards away I saw the other buck standing there by his buddy. I shot twice and saw him drop straight to the ground on my second shot. My buck was a 3×3. My brother got his first deer and it was my second. My dad was with us but he didn’t care as much about harvesting a deer as much as he cared about us getting ours. 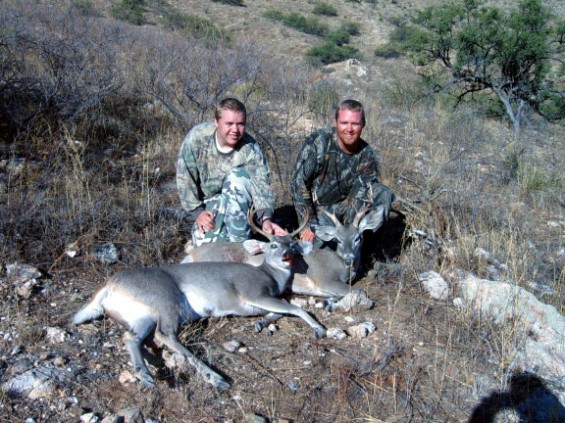