Derek got this nice buck with a remington 30-06. It was his first big game kill ever and he shot him with his brother and father on the second day of the hunt at 11:00 in the afternoon. He was about 200 yards out, and Derek got him on the first shot. Derek says the buck scores an 87 1/2 and it had 4 points on each side (incl. eyeguards). Derek says he lost one point somewhere. 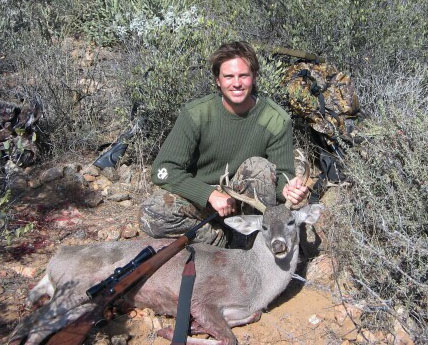