July 11, 2012 by CouesWhitetail in Rifle Gallery with 0 Comments 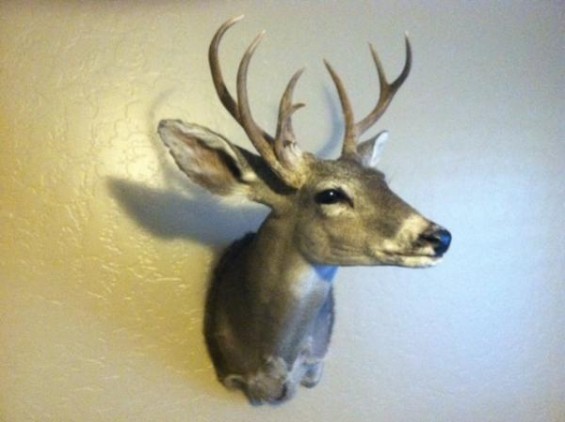 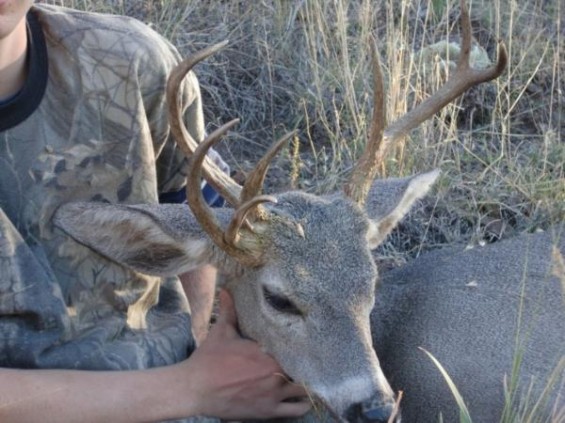 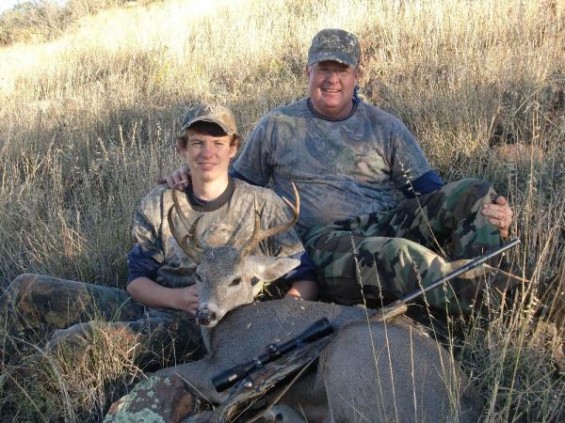 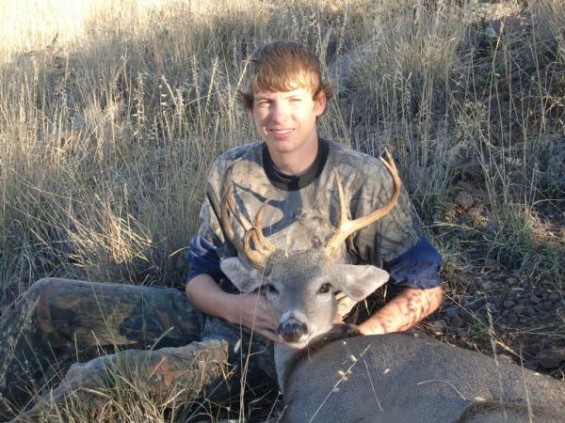 After an all day attempt to stalk bucks on a high ridge spotted earlier, worn out and beat up from fighting spanish daggers and rock hopping with no success of cathing up to the bucks. We decided to head back to the quads to go to a different area, about an hour before dark we jumped a buck out of the bottom of the canyon, as it ran up the ridge Jesse got set up for the shot on shooting sticks, while my uncle and myself glassed him up, we got Jesse on him and he was ranged at 220 yards standing broadside. Jesse put the crosshairs of his provin 25-06 on the killzone and squeezed off the shot. After the shot he had stood there like nothing had happened and then headed for thick cover and out of sight. My uncle and I werent sure if it was a hit, but knew we had to go up and take a look. My uncle stayed down and glassed the last area he was seen, while Jesse and I went up to take a look. On the way we kept hopeing that he was down and we would find him. My uncle talked us on the radio right to his location and there he was piled up dead with a one shot kill.