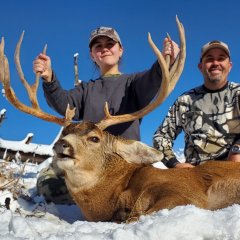 By lancetkenyon, August 25 in Antelope Hunting