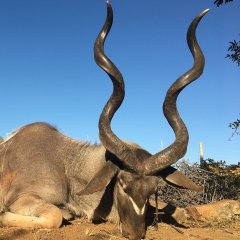 By M@tt, September 23 in Hunting in Africa