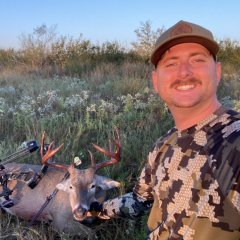 By Buckwheat893, October 16 in Other Big Game