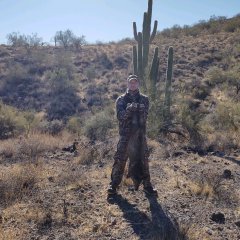 By Crazymonkey, June 22 in Other Big Game