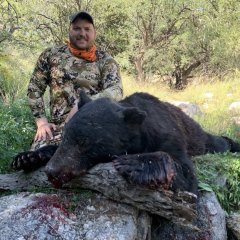 My First Archery Anything... and My First Bull