July 11, 2012 by CouesWhitetail in Archery Gallery with 0 Comments 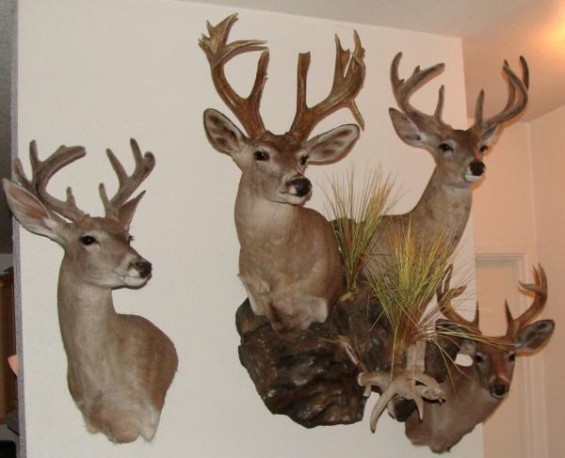 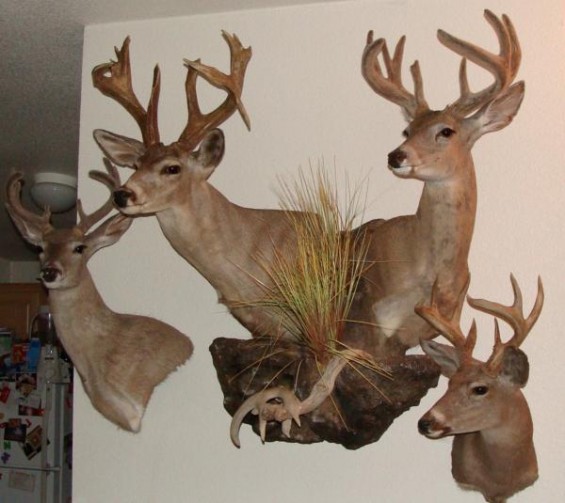 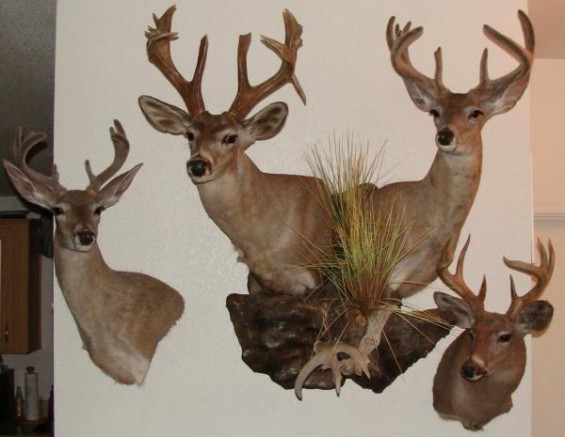 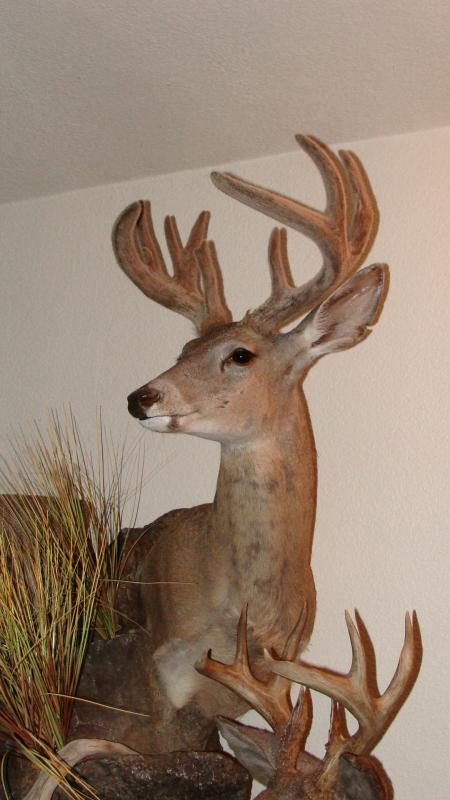 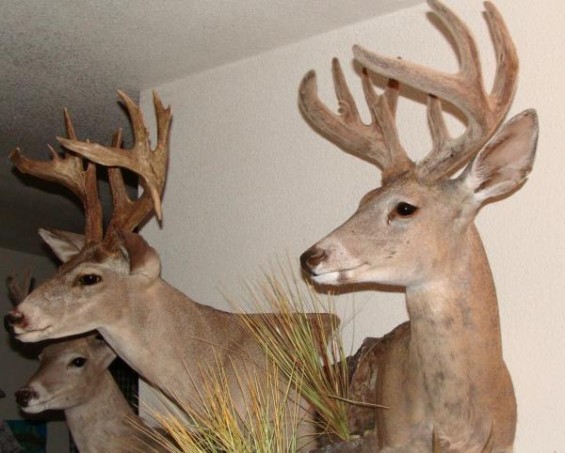 Well the mount of my 2008 archery coues is complete and on the wall. I decided to have Chris Favor owner of Mount-N-View Taxidermy mount him in a wall pedistal with my big rifle buck I took in 1998. Chris mounted both of the velvet bucks and they are awesome and I will have him remount the droptine buck when I have the funds. The 3pt on the far right is my first coues and that’s where all the maddness started. Anyhow I just thought I would share some pics. Hope you enjoy, now it’s time to start doing my homework for this falls archery coues hunt. The lighting was pretty poor when I took these pics but they came out ok.

here is more info on the droptine buck:

I took that big NT droptine buck on a Dec. hunt in 1998. My buddy and I were leaving Flag and we decided to try a new spot that we had looked at on the map but had never hunted there. After stumbling around in the dark for a bit we finally found a good place to glass from and set up and started glassing. The first hour was uneventful with only a lone bull elk being spotted. I kept looking back into one part of the canyon that just looked good and low and behold I panned thru and there were 2 deer feeding with heads down, at first look I thought it was a doe and fawn because of the size difference. Then the larger one raised it’s head and his rack was plenty visable thru the binos at over 1/2 of a mi. We watched them for a few minutes and picked a route to get closer. We had to cross a side canyon that took us longer than we thought as it was sheer shelves in places. When we got to where we needed to be we were about 450yds across the canyon from where we had last seen the deer but they were nowhere to be found. We were sure they were still there somewhere so we decided to wait them out as long as it took. Well 2hrs later and we still couldn’t find them. Shortly after a lunch that consisted of a few candy bars(sandwiches were in the truck) the doe appeared from behind the large pinion tree where we had last seen the deer from our original spot. I knew at that time that the buck was for sure still there. The doe reurned to the tree and bedded where she was invisable to us. Another couple of hours passed then the doe came out on the opposite side of the tree but this time she was coming out to feed so I got ready for the shot if the buck followed. Minutes later my buddy told me the buck was on his way out and he cleared the tree all my buddy said is “lloyd he’s got 6 inch eyeguards and a droptine” he ranged the buck at 425yds and I got ready to shoot. The buck came into view and sniffed the doe and the held his head high curling his lips. I let it rip and shot high, this sent the deer running to the next tree. This gave me a second to calm my nerves a bit and ready for the next shot when it was presented. Seconds later he came into view and stopped sniffing the doe again. This time I was calm and steady and put the 130gr. ballistic tip right where it needed to be and the WHOP sound confirmed a solid hit and the buck took a few steps and fell to the ground. He was kicking and trying to get up so I put a few more into him for insurance. Now I was shaking uncontrolably knowing I had just taken a world class coues buck in a place we hunted on a hunch that it would hold a big deer. While we were packing up our gear to go retrive the buck 3 other hunter showed up and asked if we had killed a deer. We confirmed that we had killed a good one and they asked if they could stay and see the buck. We made our way across the canyon and up the other side and I was in disbelief when I got to the deer and realized just how big it was, I held him up for the other party to see and we could hear the hoots and hollars loud and clear across the canyon. I’m sad to say that the camera was in the truck with our lunch so I got no field pics of the deer(that still haunts me to this day) Here is the only pic I got when we got back to the truck. 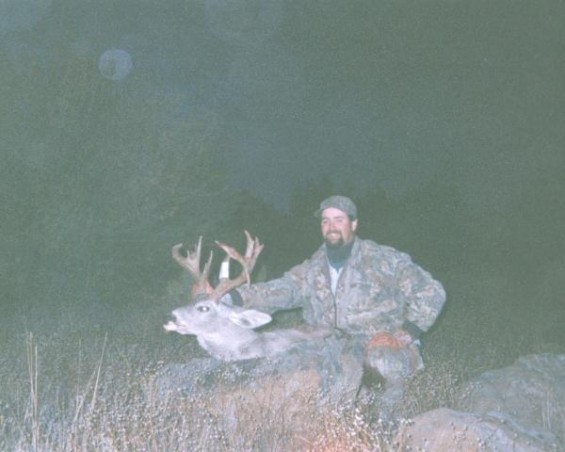