These two bucks were taken opening weekend in unit 24B. The snow was great to contrast the deer but made for poor footing.

Eddie glassed several does and two bucks a mile away.

They got a closer look, but his little brother didn’t want to walk another mile and climb another 1000 feet. So his older brother decided to go with him. They got to about 200 yard and shot them both (they were small but we put in a lot of hard work to get to them).

Eddie shot his bedded (3×4 including the brow tines) and his brother (Claudio) shot the bigger one (4×1) when it got up. The 4×1 looks like it had damaged its antler probably while it was in velvet.

The top photo in this series shows Eddie and his little brother at their glassing point at first light. Beautiful photo! 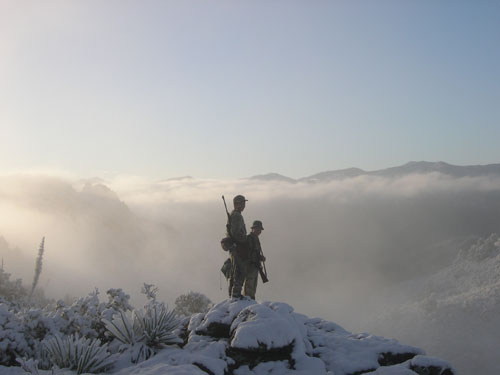 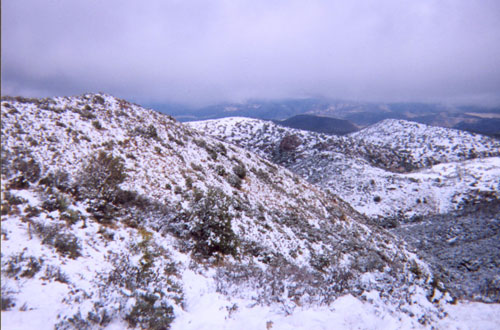 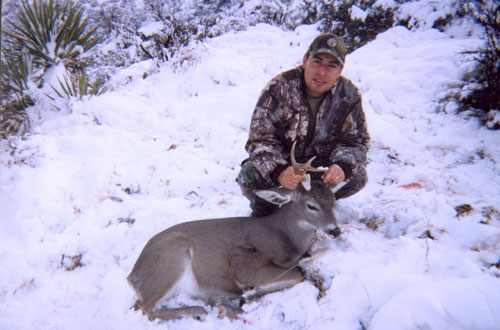 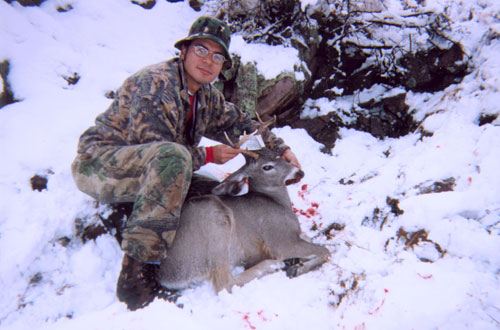