Jason got the buck in the first photoon public land and it scores 105. He shot it with a 300 RUM.

The second and third photos show a buck that scores 118 6/8 SCI.

Here is what Jason had to say about getting that 118:

The buck that scores 118 6/8 was shot at a distance of 450 yards. My hunting partner and myself found this buck two weeks before the season opened. We flipped a coin to see who would get a chance at this buck, my buddy won the toss and went in to try and kill this buck. We didn’t find him the first day and my hunting partner ended up killing a buck that scores 103 the first night, a tough buck to past up on this hunt. We continued to hunt with no success, then on the second to last day we thought we will go try to do a push for a buck in the canyon that the 103 came out of. Stupid idea, I said let’s go do what we do best ” glass” . We hadn’t been glassing for very long when I spotted a buck coming out of a draw. I watched him for a couple minutes with my spotting scope, he was a dink. I had just put my 15×56 back on the tripod when I noticed another buck had join the first. I could tell he had great mass so I shot, not until we walked up to buck did we know that it was the same buck we were looking for. we stood in awe of this great buck. He was a hard buck to photograph because of the points that come off the back of the antler. He has 8 points on the right and 5 on the left. The Extra brow tine and the point that hooks up on the left is really interesting. I have hunted a long time and looked at a lot of different coues bucks and have never seen points come off the back like this buck does. 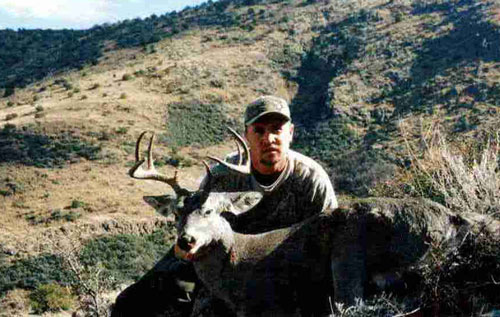 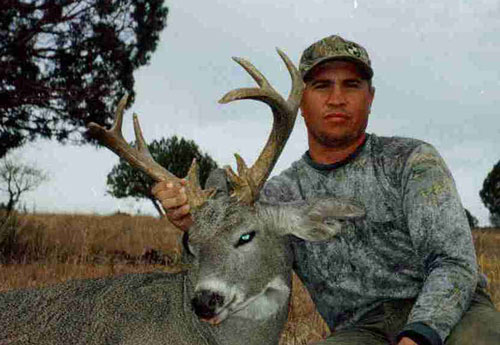 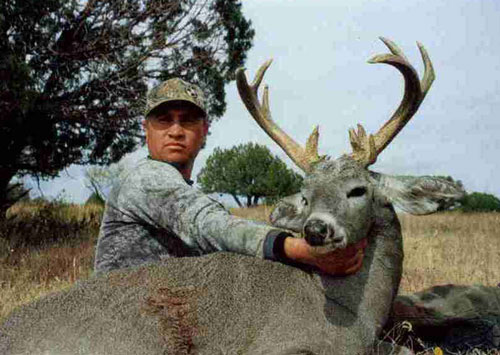