Jim Mullins – freak of the woods

July 11, 2012 by CouesWhitetail in Coues Pickup Gallery with 0 Comments

I am a sucker for antler character, regardless of what type of critter grew it!  What cool, abnormal, sheds or skulls have you guys found?

This one is a Coues.  The story behind this is one of my brothers friends found this buck and it’s skeleton by a tank in 6A.  He never even touched it, he didn’t care!  He said it was “JUST a SMALL RACK” and didn’t want to waste his energy packing it out!  My Bro told me about it and I jumped in the truck and jammed up there and found it!  I have some cool photos of it covered in snow, I will try to find them, and I GLADLY packed it out for myself!  It didn’t look like a lion kill and it was several months after the last hunt, so I don’t know what killed it, but I’m glad not everyone likes what I like!  JIM> 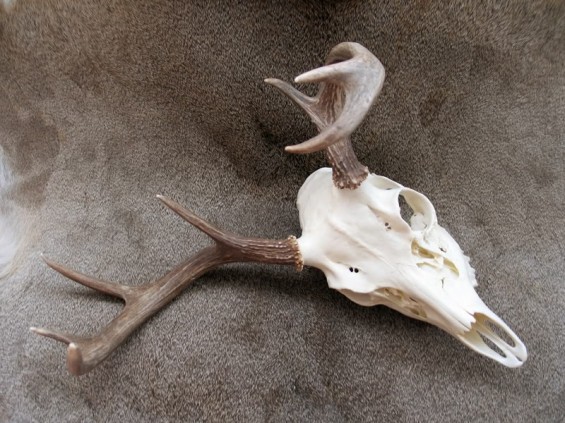 This is another cool find.  I found this shed about 2 miles as a crow flies from where that skull was found.  I found it the same year as the skull and it looked to be from the previous year.  I don’t think it’s the same buck, but it could be!  There is a definite difference in the bend on the beam, very similar on everything else though, maybe it is a genetic abnormality and not an injury?  JIM> 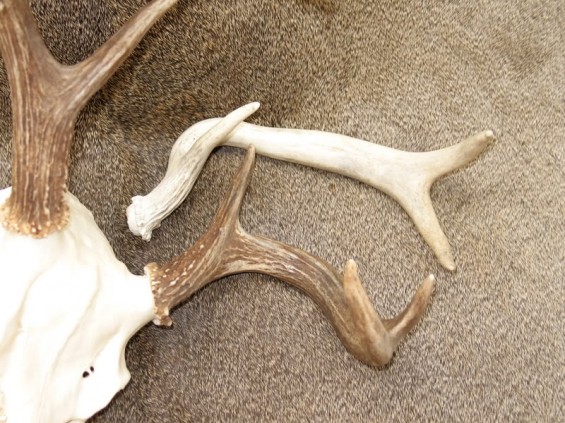