This is Jimmy’s first Coues deer!!!

Here is some of the story as told by James Mullins (aka Coosefan).

My brother-in-law, Jimmy Messner, an avid Mule deer hunter, drew his very first coues tag this year. He said he’s shooting the first buck he finds!!!! Opening morning finds him hiking way in, and glassing for several hours. He stays late in the morning, when everyone else heads out, and keeps glassing, eventually spotting his buck. He cut the 600 yards between him and the deer in half and made a perfect shot. To his credit, he hiked way in off the road, stayed late, glassed hard and made a great shot, so I feel he deserved such a fine trophy. His incredible typical gross scores 113 5/8″, and was the biggest checked out at the check station at the time. He pulled the same stunt in August 2005 with a San Carlos bear tag. He said he was shooting the first bear he saw, and that first bear was opening morning and scored 20 7/8″ with a huge body!!!! The pic’s of that bear just came out in the last issue of “Western Hunter Magazine”. I’m leaving for my 36B hunt and I’m shooting the FIRST BUCK I SEE!!!!!!! Thanks for your time, Jim Mullins (COOSEFAN) 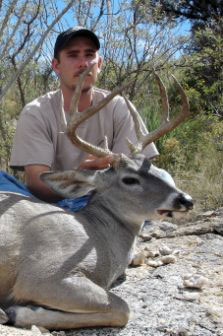 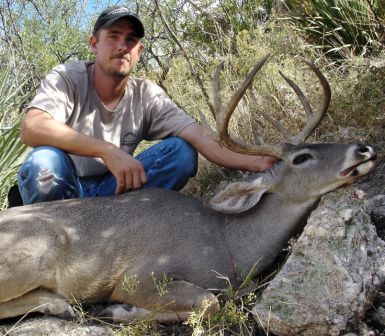 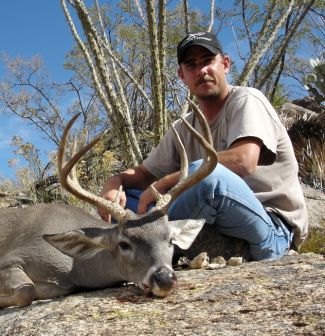 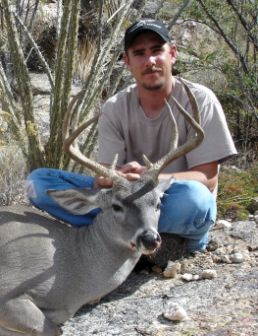