June 9, 2012 by CouesWhitetail in Coues Pickup Gallery with 0 Comments

This deer was found by a rancher about 15 years ago (around 1989). John Jordan purchased the mount from my taxidermist at the time because the rancher had no funds to pay for the mount.

The mount was shown at the Cochise County Fair for many years, until John purchased it. The sign under it when it was on display read “Coues or Muley” and many hunters argued over it for many years. John has Roy Lopez doing DNA on the rack and is waiting for results from his study. (I will post the results on this website once we get them– Amanda)

Albert Jordan, John’s father, is holding the buck in these photos. 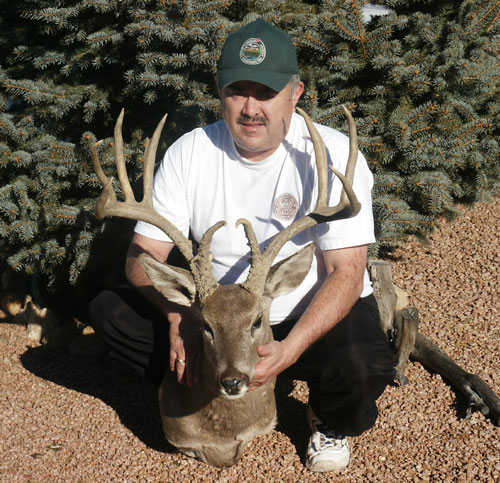 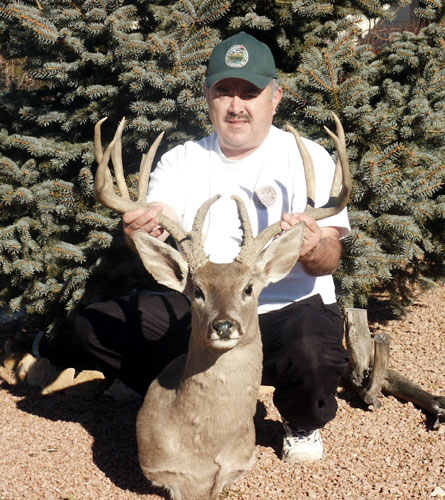