Hutch found these two bucks interlocked.  They had obviously been fighting but got hopelessly locked together and eventually died from fatigue.  These two are very large bucks, however it was only due to the very small point shown in the middle of the close-up that caused them to become entangled.  Even now it is impossible to get them untangled.

Hutch found these bucks during a javelina hunt in the winter of 1993.  Most likely the bucks died during the rut in December 1992 or Jan 1993.  Hutch found a leg bone and got curious enough to start searching around.  Then he found the locked antlers.  What a shame to lose two great bucks this way.  Hutch said these bucks scored in the 90’s. 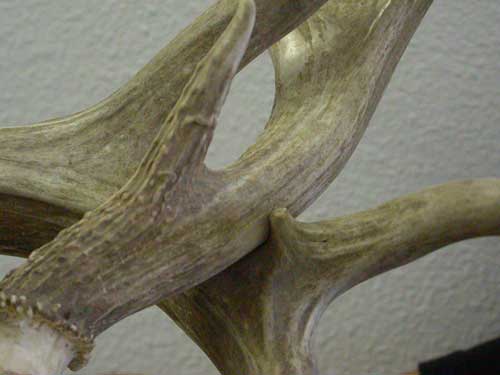 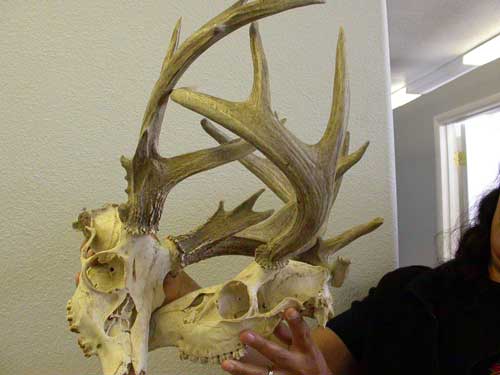 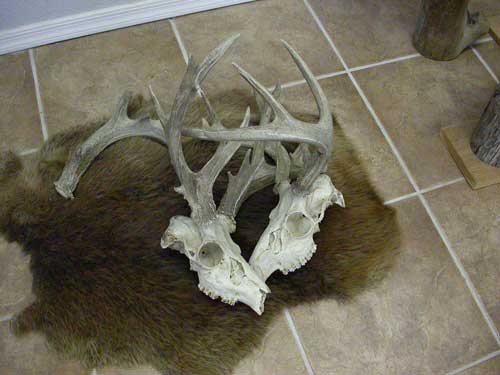