It was the last day of the hunt. That morning was very slow and we only saw a couple of small bucks. Around 10 a.m. we spotted a new buck in an area we had hunted hard all week. We only got some quick glimpses of it through the brush – but it appeared to be a heavy buck with stickers. We stalked toward it and when we came up where we thought he was – we were amazed to see it was massive. The buck was facing away from us about 300 yards. It was with a doe. It looked like it was getting ready to take off. We waited over 2 minutes trying to get it to turn broadside. It finally did and I took the shot and it dropped dead. 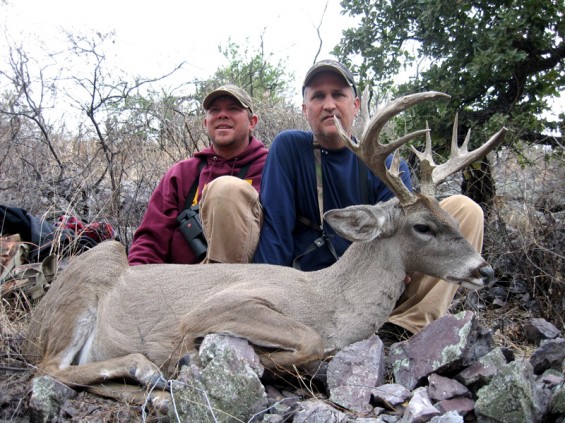 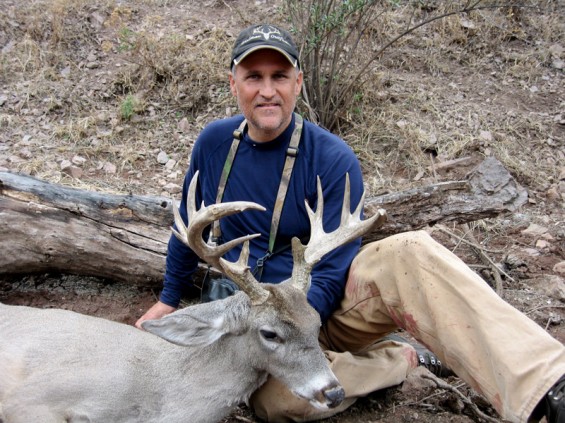