Hello all, thought you’d enjoy a quick short story and some pictures of my latest hunt.

My buddy Andy Knowlton and I got into our stands on Friday morning with about 6-8″ of fresh snow on the ground. It was a gorgeous morning to be in the woods and it was extremely quite which made it perfect for hunting. Andy at 150 yards away in his stand, around 8:30, called in a small spike to about 5 yards of the base of his tree with The Can, which is a doe bleat call. Shortly after that I saw a small doe, maybe even a fawn walk across the slope in front of me at about 70 yards. around 1PM the snow started to melt out of the tree tops and made for a noisy and wet experience so we decided to call it a day.

Next morning we woke to a bright sky and COLD temps for sure. We got to our stands earlier that morning and sat in the cold darkness for about a half hour before it started to get light. We waited with high hopes for something to happen and at 8:20 I had a lone doe come from behind me and pass by at 28 yards, loop around and walk away up the slope in front of me to my right. About a half hour later the same doe came walking back off the slope. I called Andy on the radio and told him what was going on. I had no sooner told Andy that I’d better grab my bow incase a buck was following her when here he came. He slowly followed the same path in the snow that she had gone and I knew he’d pass by at just over 30 yards through a shooting lane. He lightly grunted as he approached the opening in the trees and I was at full draw waiting for him. I shot as he walked thru and he jumped and ran about 20 yards then stopped. I knew I’d hit him but wasn’t sure where and knocked another arrow. He stopped at what I thought was around 40-45 yards and I shot at him again. This time the arrow went right under his belly. Knocked another arrow and took my time and shot again under his belly! Finally I put my 50 yard pin on him and hit him in the spine and put him to the ground. I got down from my treestand and snuck up to about 25 yards and shot my last arrow and hit him in the spine again! What a loser I am, guess I was just way to excited! This time I found myself out of arrows so I walked a few steps to where I had shot the first time and there was my arrow stuck in the snow. It was fine so I knocked it and finished the buck off with a double lung shot finally. My archery skills weren’t as good as I’d planned it but when you’re excited and nervous I guess that can happen sometimes. Anyway I hope you all can view the pictures and I’ve included one of the same buck visiting a salt lick back in October. 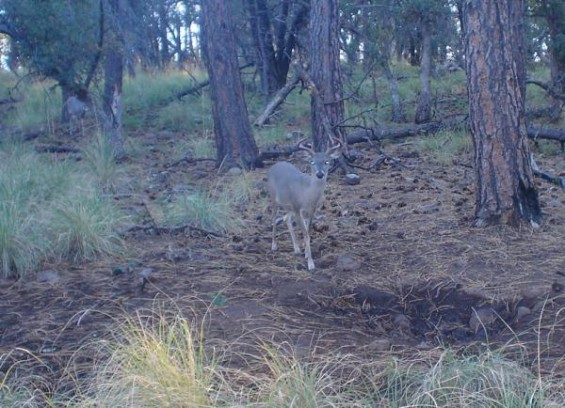 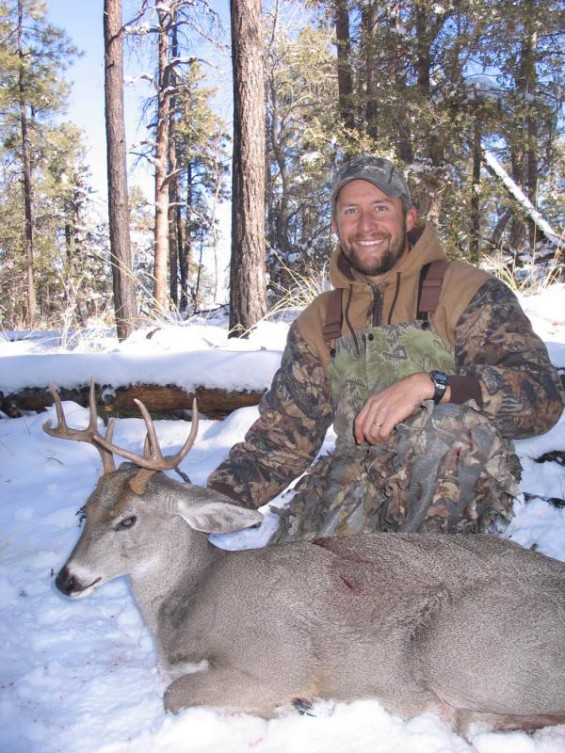 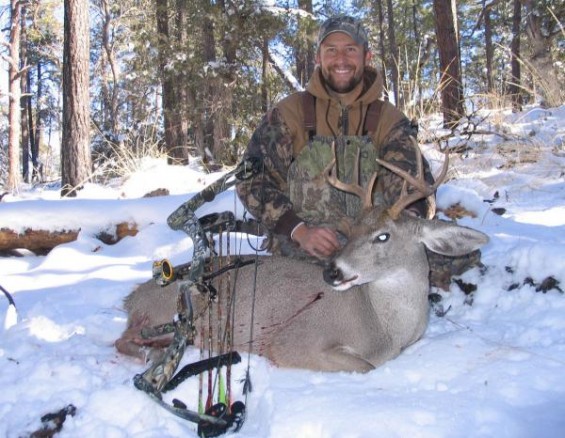 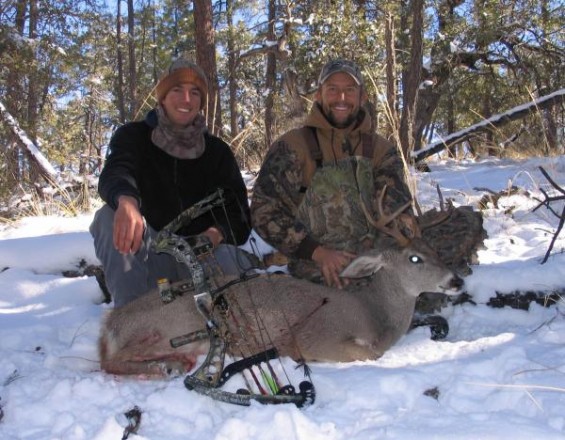 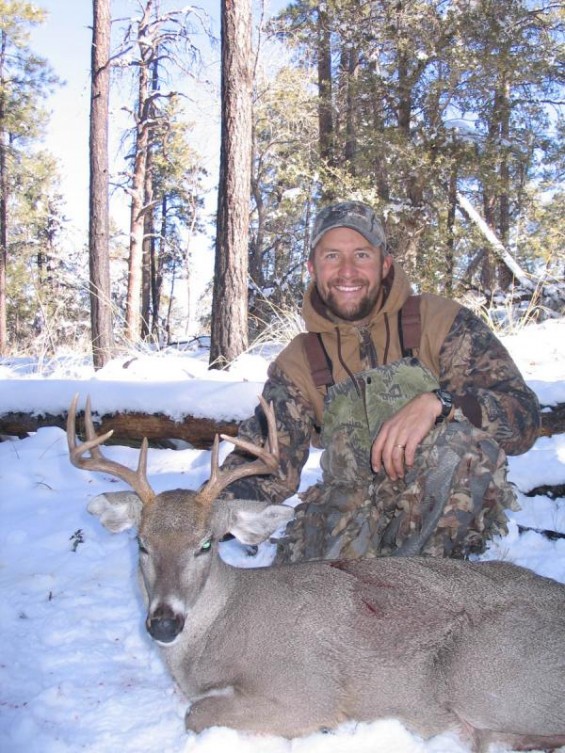