I had a four day whitetail hunt in unit 31, I was 13 at the time. Myself along with my step dad, grandpa, and two of my uncles had a tag. The opening morning my uncle and I were headed to a canyon that we glassed two really nice bucks at the day before. When we arrived we set up on a small hill at the mouth of the canyon and started glassing. About thirty minutes into the hunt we had spotted a few does here and there, and all of a sudden a small spike jumped from some thick brush below us. I put my bipod up and rested my gun on it. He stopped and stood broadside under a tree at about 500 yards.

My uncle told me to pass him so I took my finger off the trigger. I wanted a shot really bad. The buck toped over a small ridge and went into a little draw and after about 10 minutes of waiting we went after him. We got to the bottom of the hill and two different bucks jumped up about 100 yards from us and flagged up a hill. There was a two point and a spike. I put my gun up but by the time a got my crosshairs on the deer they topped over! By now you can obviously tell that I was very mad. I missed two opportunities. We headed up the hill first looking for the first buck then topping over looking for the second two. The first deer was nowhere in sight. The canyon wall was steep and very rocky. We started up the incline and as we were making our way I stepped on a lose pile of rocks. I felt the lose rocks giving away from under my boots. As I fell I saw every little pebble skipping down into the brush at the bottom of the canyon. My uncle asked if a was alright and turned back to help me up. As he had his back turned I saw a whit flag jotting up the hill. I picked the 6mm up as fast as I could, put the stock on my shoulder and looked thought the scope. At first glance all I saw was horns. I said “Uncle there’s a buck”. He turned to see and before he could tell me otherwise I had the gun on the bipod, bullet in the chamber ready to shoot. ”I’m going to shoot I said”. “Ok” my uncle said. Boom the sound of the shoot broke the morning silence as a watched the dust from my shot rise high above the buck, I missed. The shot alarmed the buck, it stopped looking at us with its ears stuck straight up in the air. It wasn’t until then that I knew how big the buck was. His horns were tall and wide as he was silhouetting in the sunlight. My uncle told me to take my time on the next shot. Standing 250 yards away I put the crosshairs right behind his shoulder. I took a deep breath and squeezed of a shot. Dust rose up from behind the deer as he feel to the ground. I jumped up in excitement. I was so happy. My uncle congratulated me as we went to see the buck. I got up to were the buck fell and saw horns sticking up from the grass. I ran over to it and yelled down to my uncle with joy “ this buck is huge” I killed my first buck. He ended up scoring roughly 100 inches. It was the hunt of a lifetime and I will never forget it. 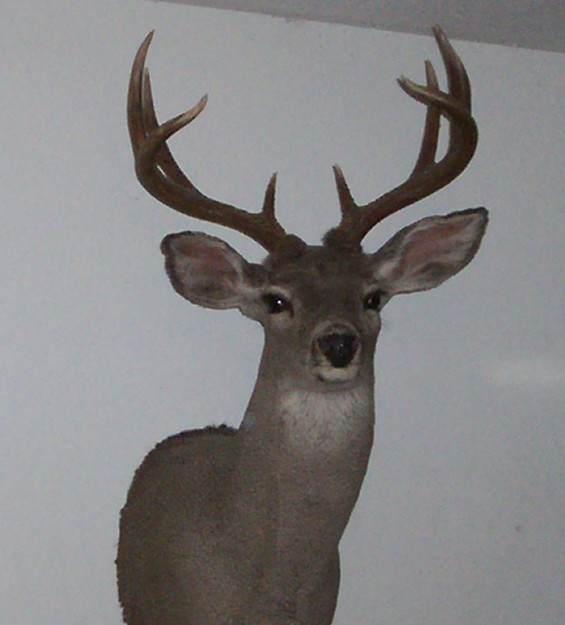 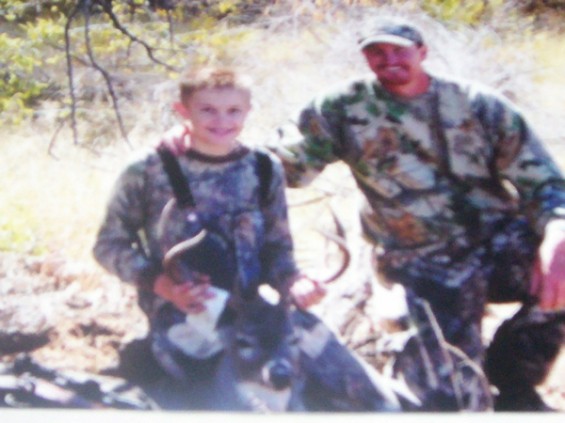