The year of 2009 was an odd year, due to the fact I didn’t put in for the New Mexico draw. I found out the New Mexico Department of Game and Fish had left over archery tags, that where available for purchase. I was lucky enough to get an archery tag for whitetail in unit 23 in January. The weather had been really good leading up to the hunt. One week before the hunt we had a good snow fall that dropped the temperature to about the low 30’s, so I walked in search for tracks and rubs in a well know area in unit 23. I found a good funnel where the whitetail were crossing and and rubbing. I decided to concentrate on that area. On the first day, I passed up some respectable bucks in the upper 80’s to the low 90’s, but I didn’t find the buck I wanted. On the next two days I still passed on opportunities on different bucks. By this time my confidence was high on taking my first archery whitetail. I thought hunting by spot and stalk would be the best tactic on the fourth afternoon. I had seen a very nice nine point that caught my attention, which involved me to make a stalk on the deer. Unfortunately I came up short. I had hit a tree limb about five yards after the release, which made the horrible sound of a crunching carbon arrow crashing through the trees. That is the worst sound to an archer, or at least in my eyes. That made my confidence drop knowing how smart these animals are. When the fifth day of the hunt came around I hunted the same area where I missed the nine pointer. With my confidence low I picked my self up and hunted harder. Knowing that was the dominant buck he would come back to check his rubs. Around 7:00 am on Jan. 5th I started walking slow through the Pine trees with no luck. I headed back to eat my breakfast and take a break. During my break I started eating and began to hear deer running. First thought was to swallow my sandwich and grab my bow. Following a small game trail I grunted with my Primos 5 in 1 grunt tube not knowing what would happen next. It was only like maybe a minute or two before I seen that same nine pointer coming in to my grunt call .” This is not happening” was the last thought as I released my Easton Epic St arrow out of my Primos Fred Bear Truth bow at forty yards. My Thunderhead 100 did the job. I let the old rule of thumb come into play and let the buck lay down and bleed out. About three hours later I had a 107 3/8 whitetail down and going home with me. Lesson learned: Timing is everything along with faith and hard work. Thanks for reading my story. official score 107 3/8. 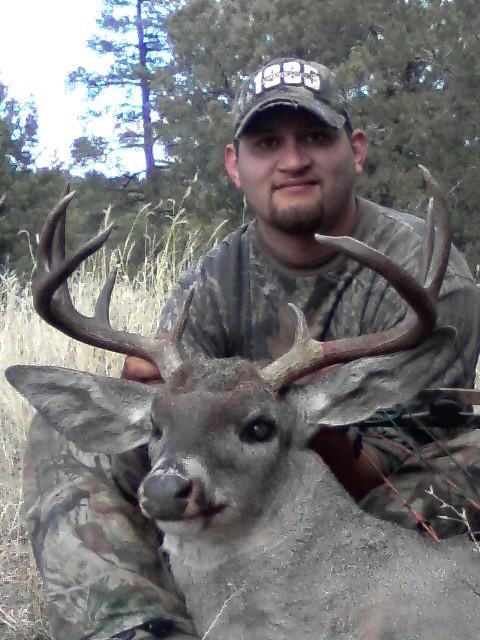 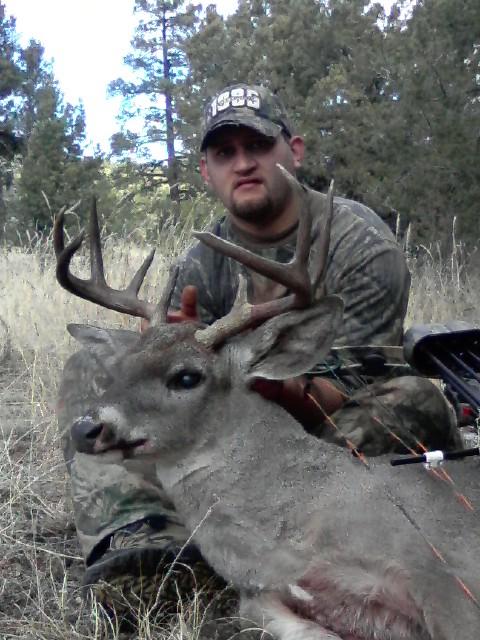