I am posting this to pat my hunting buddy, Jason Scarbrough, on the back. He has been hunting archery Coues Deer with me for 6 years now. He and I and our sons spend countless hours scouting and preparing ourselves for January archery hunting each year. Jason has managed to harvest two nice 90+/- class bucks in the previous couple of seasons, amid countless freezing cold & “deerless” days. This year was not too much different than most years…… it started out REALLY slow for Jason. Days and days of NO DEER…. while we all saw deer he saw none. He suffered many days of what we refer to as the “Scarbrough Curse”……LOL! I finally broke down…… “Jason, it is time to head back to the ‘Honey Hole’.” I said…… He grinned and his reply….”You know I ain’t Scared!” One year ago Jason harvested a monster fork with eyeguards in the now famous ‘Honey Hole’ (5 coues bucks have come home with us from this spot). Click here to see a photo of Jason’s buck from last year. His first day back…. Jason is forced to pass up another 90″+ Fork with eyeguards! He passed him up 3 times in 2 days! He passed up several lesser bucks and watched as many as a dozen does & countless fawns pass him each day. I tell him that we should get him out of there and hunt somewhere else, but he insists on “One more day”.

We got to our hunting spots late that day…. bad wind. About an hour after I had settled into the silence…..my phone rings……and it is Jason. I don’t answer my phone when hunting, but he never calls me unless it is time to get out of the woods or something just died! …. “I just stuck a Monster!” he says….. I hit the ground running!! It took me about 45 minutes to reach him and we started on the blood trail…. 120 yds later…. we stood admiring what six long years of effort and patients pays out. A true trophy… 109″+ green! Over 20″ beams and 17 2/8″ of spread. This buck should make the top 20 P & Y !

We all here the stories of “beginners luck” and of “dumb luck”, and good for those guys! Myself and Jason are not those guys…. we have to do it, the long and hard way. Last year was my day in the sun and this year is his! I have been waiting for this for 6 years….. to pat my Buddy on the back for a buck of a lifetime! And to many more my Brother!!! 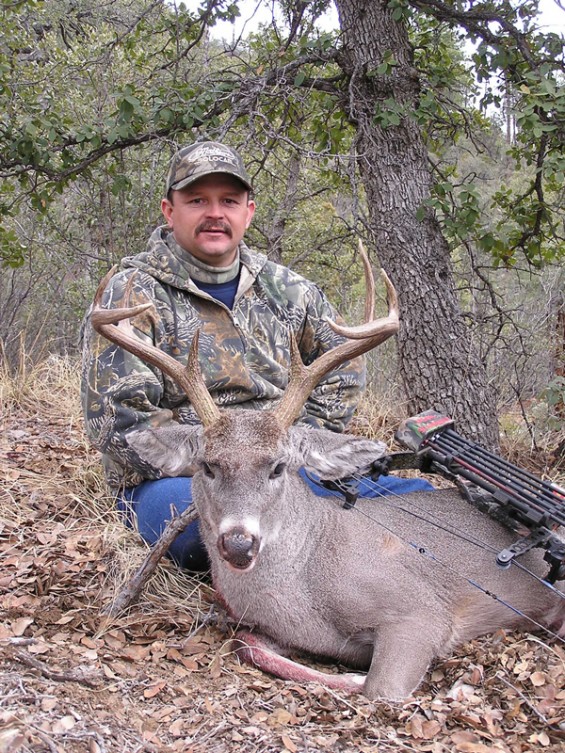