Richard is aka Pollohombre in forum)
2005

Top photo shows Claudia with her 1st Coues buck and with her in the photo is Richard Anderson.

Here is what Richard said about their hunt:

This was the best hunt for Coues we have ever been on. Matt shot his 2nd and biggest Coues and Dan and Claudia got their first Coues bucks.

Dan and Claudia took their first Coues Bucks on this hunt. Dan’s was 376yds and Claudia’s was 377yds. Dan’s opportunity took place on the last evening of the hunt. His dad Jim spotted the buck around 3:30 at 900yds walking onto the sunny side of a mountain. The deer immediately started looking for shade and bedded down. We kept the glasses on the spot where it was and at 5:00 it finally stood up. During that time Jim and Dan moved to within 350yds of where we saw the buck bed. Dan got a shot at the buck as it moved up the hill at 376yds. Claudia’s buck was spotted on the same spot a week earlier. We spotted her buck at 8:00am. Jim and Claudia moved to 375yds and waited until 5:20pm before the buck got up. She took the buck at 377yds.

I glassed my buck at 700yds at 4:30 and I moved toward him until I got to 350yds. It was getting dark and he had moved so I set up and started glassing the area where I last saw him. I finally spotted him moving and I took him as he was moving over a ridge.

This group also got a coyote and a coatimundi. You see those photos in the discussion forum. 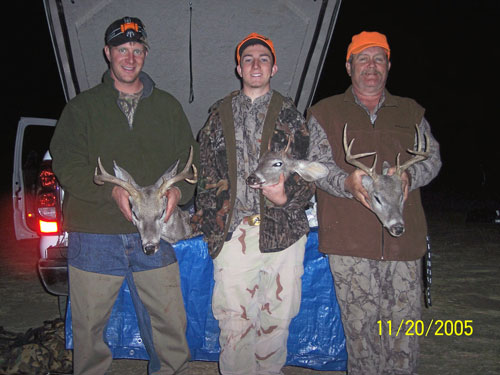 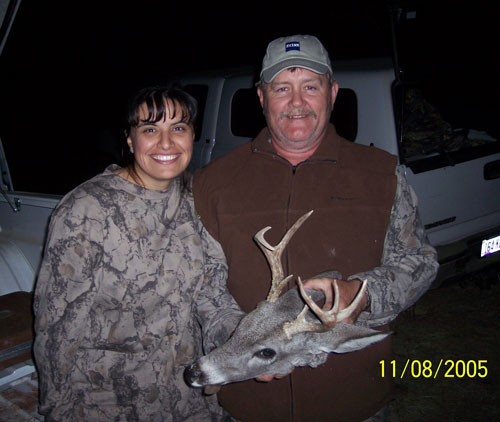