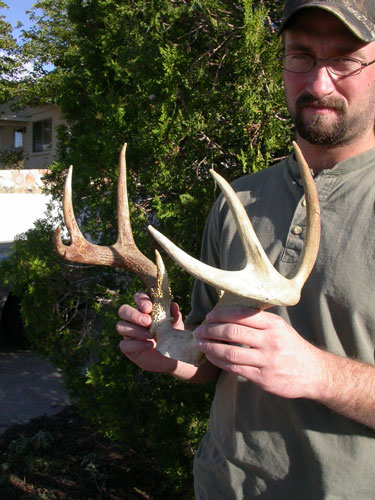 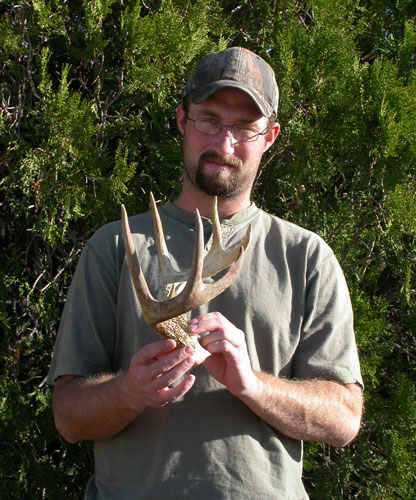 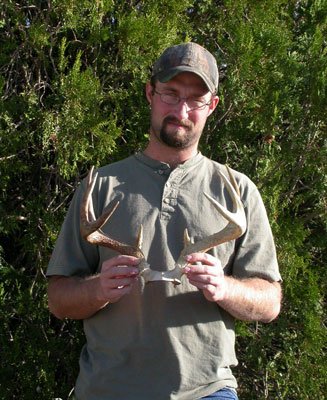 Robert got this excellent buck with his bow.  Although he made a great shot, he wasn’t able to find the buck until about 4 days later.  Robert walked many, many miles searching for his kill.  Eventually he found the buck by following some drag marks into some thick manzanita.  A bear had dragged his buck in there.

The buck was still in velvet when he shot it, but since he found it several days later, the velvet needed to be taken off.

I got to score this buck and here are some of the measurements: