June 9, 2012 by CouesWhitetail in New Mexico Gallery with 0 Comments

Darren Jensen, Ruston and Bret Mattausch hunted the early hunt and had a good hunt. They saw some really good deer and Ruston got lucky and connected on this nice buck. It was scored by an AZGFD warden at 97 inches and some change (net) and is a 3 pointer. He shot it at around 40 yards as it was running right at him and Darren after Bret had busted it out of a steep juniper choked draw. After what they saw this year they are planning to go again next year. 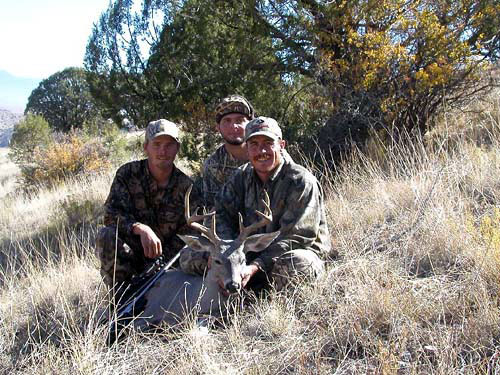