I filled my Pig tag on January 2nd and thought I might as well try to hunt deer the rest of the month. I had noticed that the rut was really in full swing by mid January, so I brought some sheds I had found and tried my luck. First thing that morning I rattled in a small 3 by 3 and passed on a shot at approximately 13 yards. Later that day I rattled in my 3 by 3 to around 35 yards and could not pass on the shot. He is not nearly as big as my last years buck as he only scores around 80″, but it was still an exciting hunt. For an added bonus while hiking around I also found a nice 95″ or so Coues rack pick up. Good times!

Here is a link to the buck Shane got just a few months before this one. 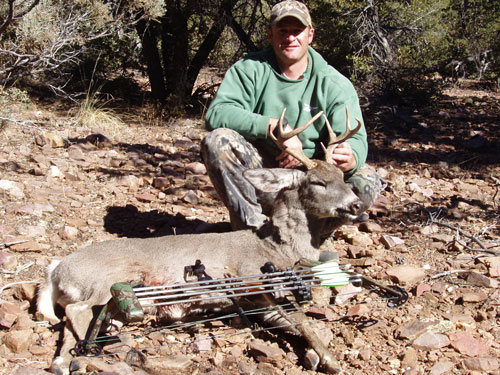