Terry shot this buck with a .300 WSM at 20 yards! It scored 108 4/8 and is entered in the state recordbook. It received honorable mention at the recent recordbook awards luncheon.

His son & another buddy were moving East along the base of a mountain, stopping & glassing every few minutes, about 100-200 yards apart. Terry was northmost, buddy in middle and son southmost. His buddy had already jumped a doe out in front of him a few minutes earlier. Terry sat down to glass the side of the mountain and his buddy jumped the buck, who ran out over a little rise about 40 yards in front of him. It came STRAIGHT at Terry and looked like it was going to run over him (literally). A friend of Terry’s later called the way they were hunting “quail hunting for deer” (walking through an area to jump deer) and suggested it was the proper way to hunt in those conditions. Terry says he just felt ridiculously lucky…However, having hunted the same unit for the last 5 years without even SEEING a buck, he also feels like he had put in his time. It was the first whitetail Terry had ever taken in Arizona. 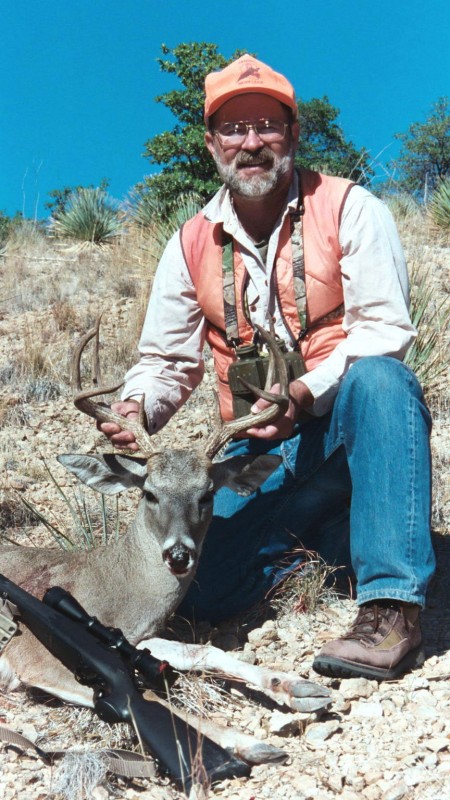