Information for each photo in the order shown top to bottom: 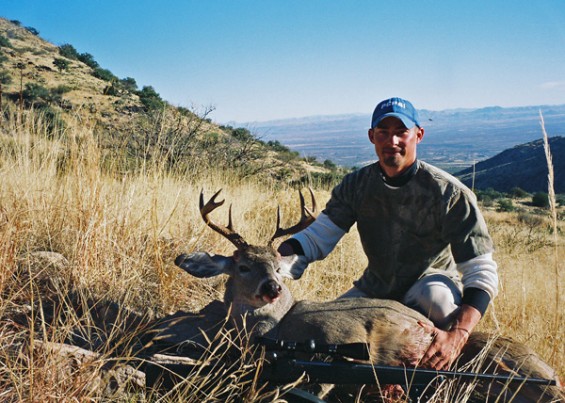 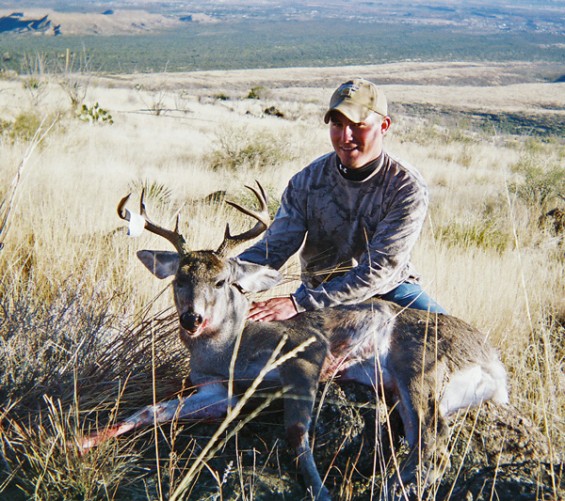 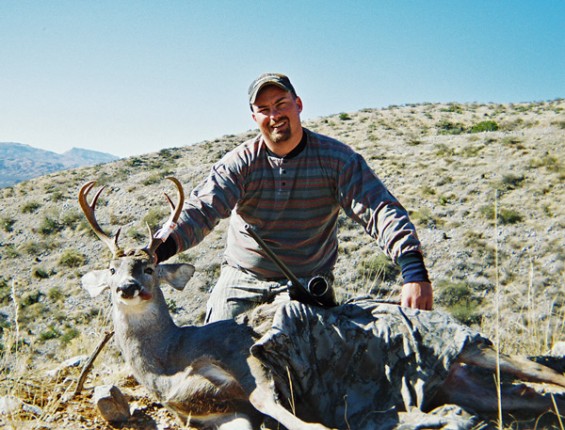 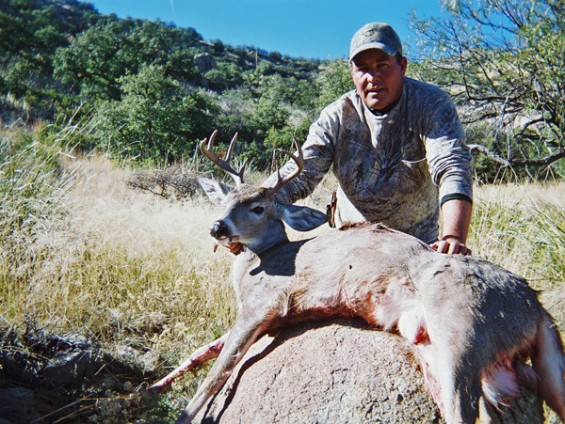 The four of them all together. 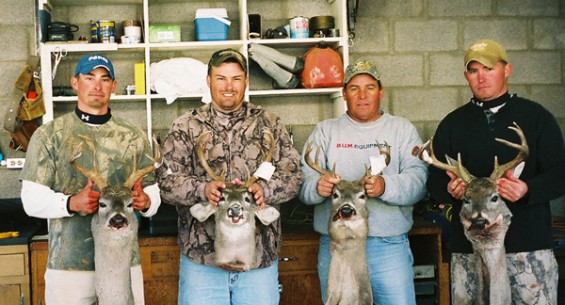 Here is what Shawn wrote about the hunts:

“The hunt started off cold and windy on opening day. We had hiked 6 miles in and the sun had gone down. We spotted a buck bedded down on our way back to the four-wheelers. Michael took a shot and missed. With his second shot, he hit the buck running. It was pitch black by the time we made it to our four-wheelers and eventually back to camp. In the following days, we didn’t have much luck in that area. We spotted four mountain lions and figured it was time to go elsewhere. The second weekend of the hunt, we were successful. The bucks were rutting hard and we ended up getting Casey and my Dad’s deer on that Saturday morning. We decided to go back to that spot on Sunday morning. After glassing for only five minutes, I spotted my deer. Casey and I hiked down a hill to get closer. Casey ranged the buck at 380 yards. I took one shot and the buck went down! For me, this was the hunt of a lifetime. Being with my Dad and my brothers during the hunt we’ve been putting in for the last twelve years and finally getting drawn, will be a memory I’ll never forget.”