This buck is a 4×4 and it was fat. Travis shot him at a ranged 389 yards with one shot from my 300 weatherby with 165 grain hornady sst. He was with five other bucks, one of which was well in the 110-120 class.  Travis missed him and was left with a chance on this little guy. Interestingly, his legs were speckled and blotched with white patches up to his shoulders. His brisket also had the same patches.

Travis’ 13 year old son was with him and helped pack him out. Travis says that made this hunt worth all the money in the world to have his boy with him and be a part of the experience.  Travis will be haunted by the big one that he missed, but is very happy with this deer. 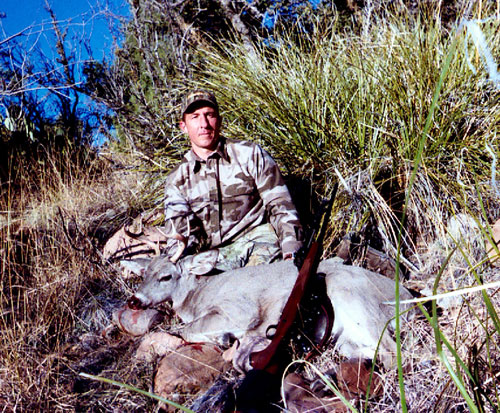