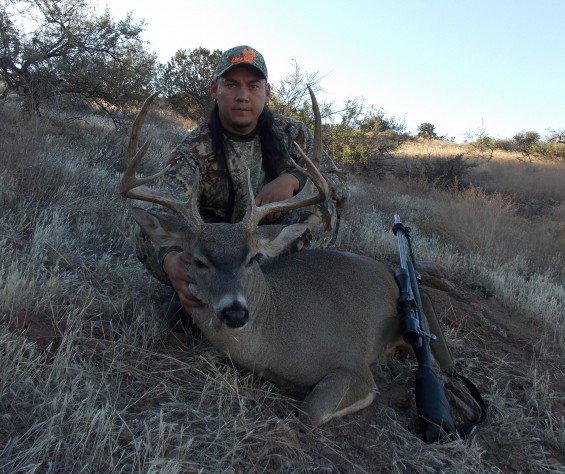 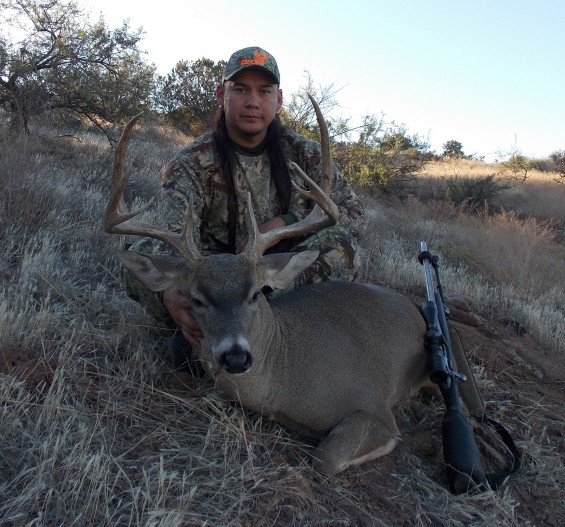 Here’s some pics of a buck I shot early Friday morning on the San Carlos Apache Rez in unit B. I saw this buck two years ago when he was just over 100in during the November non-member hunt 2010, when I was guiding.

October 25th 5am, I remember texting my wife and told her that I loved her and that I had a feeling about today…. she replied that she knew I would get a big deer cause of the research I was doing the previous night. After hunting 7 morning hunts, I decided to look in the area that this buck was in and hiked in while it was dark.

0700 I was able to find him walking below me at 400+ yards. It took me a split second to realize this was a toad! I had passed up a 100-103 coues earlier that morning, and almost regreted it until I found this guy feeding in my direction. Amazingly he was extremely alert and I had to act fast and set up for a quick shot. I had a quarter away shot and was able to connect on him and he ran 100 yards then piled up. After I knew he was down, I called my wife immediately and could barley talk, and said 120 buck down wifey. It took me 10min to collect myself and had to take a moment to thank God…. and of course my wife for letting me hunt hard those 7 morning hunts. A buddy of mine… Daniel Juan came out and helped me pack out and rough taped him at 122 2/8 WOW!!!! I would really like to thank my wife for her support on this years hunt, without her understanding it wouldn’t have been possible for me to have this 122 2/8 coues of a lifetime. I also would like to thank Daniel Juan for his help.  Thanks Bro! 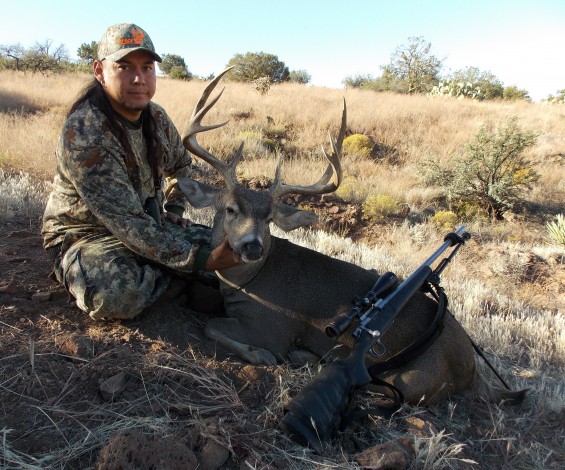 Pic with his tail… can see it if you zoom… 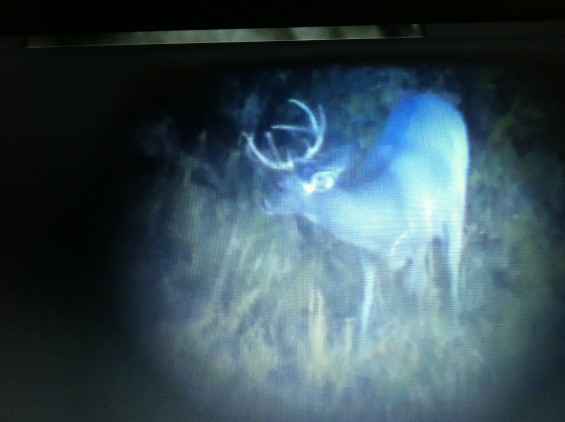 Buck I passed up….