Finally, after 14 years of trying and 17 unfilled tags I finally got one of these “grey ghosts”. I was hunting area 35B, the sun was setting and I was just getting ready to put up my optics and start the long hike back to my truck. Then I spotted some movement on top of the ridge across the canyon. I took a closer look with my spotting scope. It was this buck feeding under a tree. I pulled out my Leupold range finder and checked the distance. It was about 419 yards to the tree he was under. As I was sizing him up for a shot he moved under a tree just a few yards closer. I ranged the new location at 410 yards. I then removed the spotting scope from my Outdoorsmans tripod and braced my Remington 700 in .280 cal. on it. I took only one shot with my Federal 140gr. Accubond bullet and the buck fell in his tracks. I was so excited considering it took me 14 years to get my first Coues buck. Even more impressive to me was that I never shot my rifle at more than 300 yards and I just took this buck in one shot at over 400 yards.

This is where the real fun started. I radioed my hunting buddies to let them know I had a buck down. They came over to where I was sitting and asked me to point out where I had shot my buck. When I looked through my spotting scope again to point out where he fell, I noticed a buck moving and feeding around the same two trees. However, it was not the buck I shot, he was smaller. One of my friends already had his gun up and on his tripod. He asked me if it had antlers. As I said yes, BANG! He dropped the second buck in its tracks.

When we arrived across the canyon at the trees where we had shot the 2 bucks it was well past dark. We each found our buck and they were not more that 10 yards apart. We field dressed them and packed them to our trucks. We then returned to camp at about 10pm where no one believed that we had taken two bucks on the same night or even in the same hunting trip. Our group has never filled more than one tag on any one hunting trip in 14 years.

Neither of them were the bigger bucks we had seen during scouting but I am still very proud of my buck that was a culmination of a 14 year long journey. This experience has taught me a total new respect for this magnificent little deer of the Southwest. I look forward to many more years of hunting these desert whitetails with my friends and family. And if I am blessed enough I will be able to take one of the bigger bucks we see during our scouting trips without another 14 year wait. But if that is what it takes, rest assured I will be out there looking to fill another tag and enjoying the great Arizona outdoors. 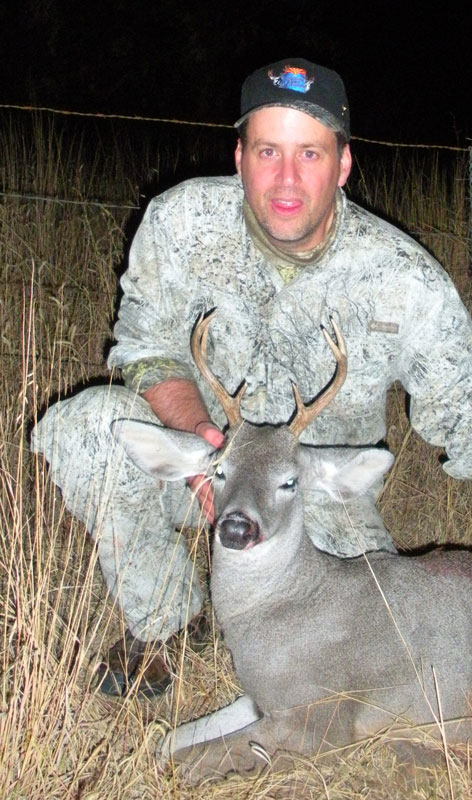