June 10, 2012 by CouesWhitetail in Photos of Live Coues with 0 Comments

I took these photos around mid-day in mid-September. The deer were at a spot that looked like a place where they used to put out salt for cattle. There were no longer any salt blocks there, but the soil must have retained a lot of salt or other minerals because the deer were there eating the dirt.

Originally there were two really nice bucks in velvet there, but as I showed up they left so I didn’t get any photos of them. Then as the bucks were leaving two does came down the hill from nearby and moved in. Then a smaller deer, probably a yearling doe came in. All the deer were fighting to keep access to the salt lick. They would chase each other around if one got too close. The smaller deer was obviously the least dominant as it had to wait until the more aggressive deer left. I believe the bucks had been keeping the does away since the does ran in as soon as the bucks left, despite me being visible nearby.

In the second photo from the top you can see the deer digging at the dirt and the third photos shows one of the deer chewing the dirt. All the deer were pretty skinny, despite the recent rains greening things up.

This was a really interesting photo shoot because some of the deer let me walk right up to them within about 10 yards. They definitely saw me, but were very intent on getting their minerals. 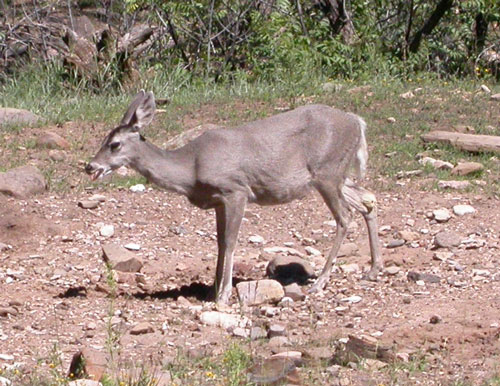 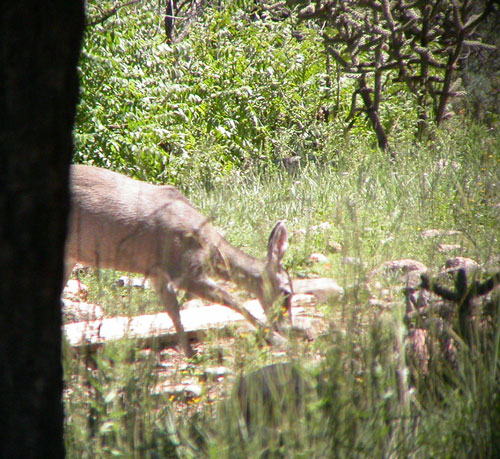 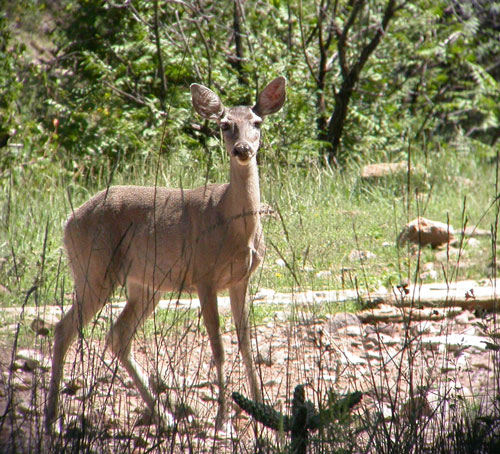 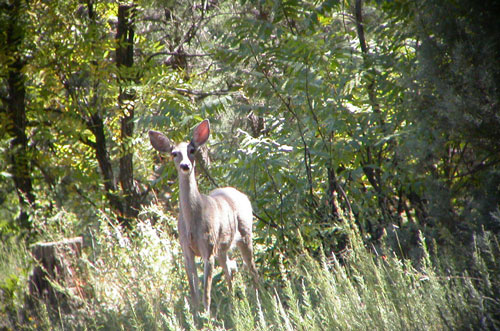 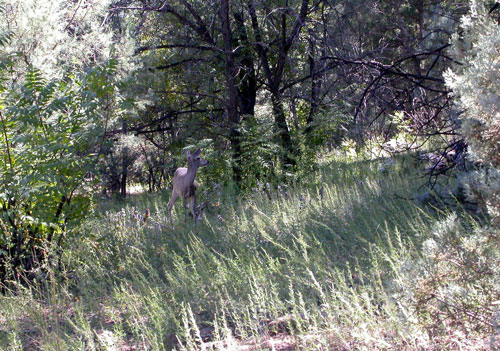 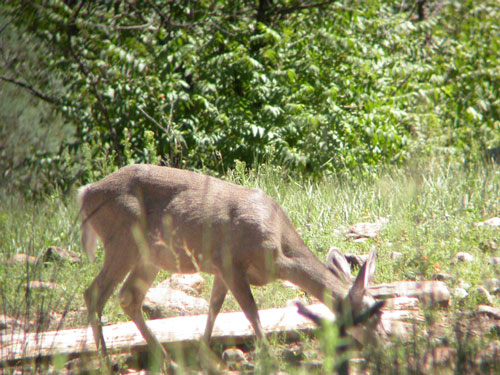 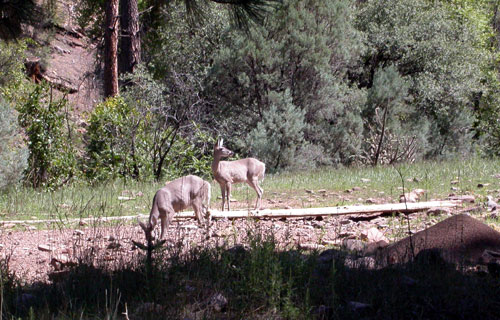