July 17, 2012 by CouesWhitetail in Rifle Gallery with 0 Comments 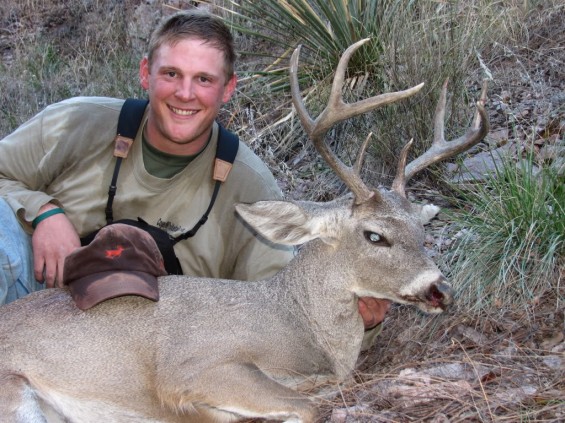 Filled my tag yesterday at high noon. Glassed up this buck feeding in the shade. Looked like he was a stud…. Kinda jumped the gun. Saw and shot at a buck the day before that looks just like him with about 12″ more horn. When I saw him I thought it was the same 105+ buck that I missed….

Anyways, 525 yards, one shot and the 257 wby and 100 TTSX smoked him. He dropped and rolled about 75-100 yards down the hill. Special thanks to JLB for taking half of the buck! Also, very special thanks to Brian, Cody, Sergio, and Sean. Couldnt have done it with out you guys