The buck on the right was Ed Kneiter’s very first buck ever. He took him in the Santa Rita mountains, 300 yards off Highway 83. It was about 100 yard shot with my 30.06. Ed’s best friend Robert is holding his nice 3×3 (the buck on the left in the photo). He killed that buck less then 5 yards from the side of the road. Ed says it’s a good thing too, because he was a big boy in a lot of catclaw. Robert has had a lot of experience hunting in those mountains and did a great job scouting for Ed and showing him the ropes on how to hunt Whitetails. Because of Rob, Ed is proud to show the buck that he killed along the one Robert killed. Both these bucks were killed in the November hunt in the Santa Rita Mountains. 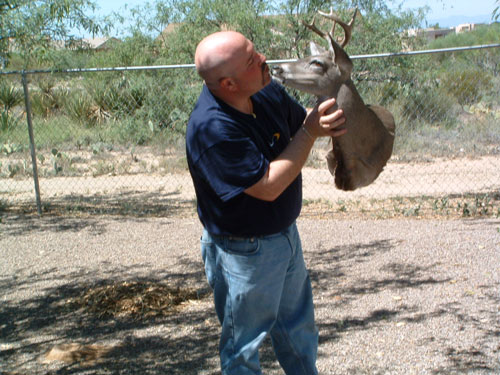 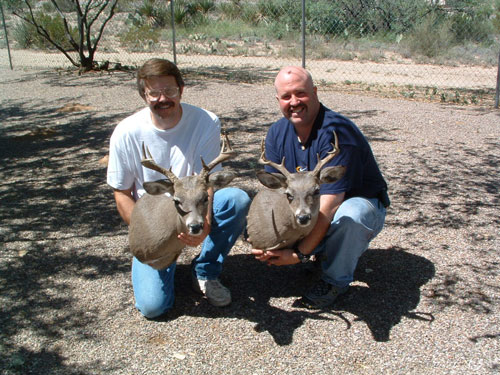