Eduardo was hunting in Sonora 3 weeks ago, with his two brothers, Jaime and Enrique. They live in Tijuana, Mexico, just across the border south of San Diego.

Eduardo has hunted coues deer throughout Sonora since he was 17 years old. This buck was his best buck so far and grosses 108.

He also sent a picture of his trophy room, some of these animals were taken with a rifle and some with bow and arrow. The big buck ( Life size ) was hunted by his brother Enrique in 1995, score 125 7/8 net, my one is around 108 gross.

Eduardo hunted the Bear with a bow in the white mountains in Arizona.

Eduardo said, “The place we hunted is close to Hermosillo, Sonora. We call that place THE KAIBAB OF THE COUES DEER” 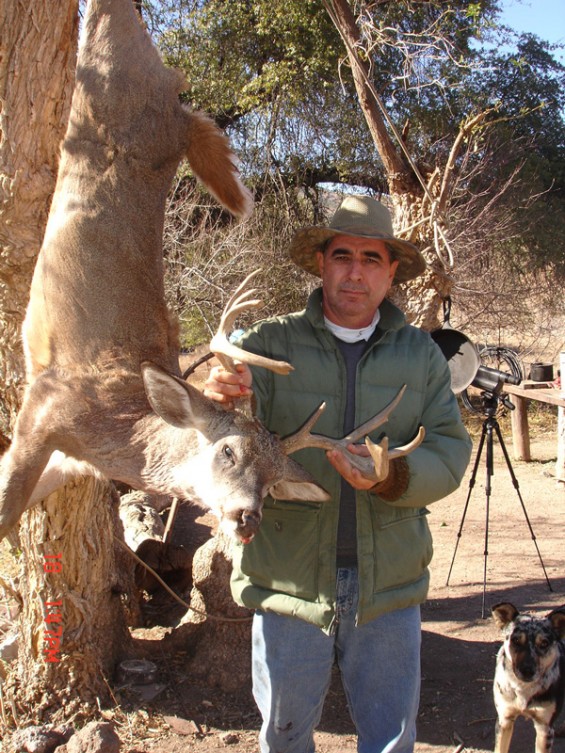 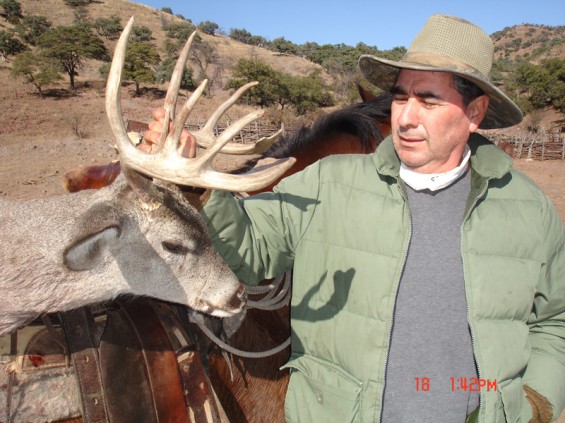 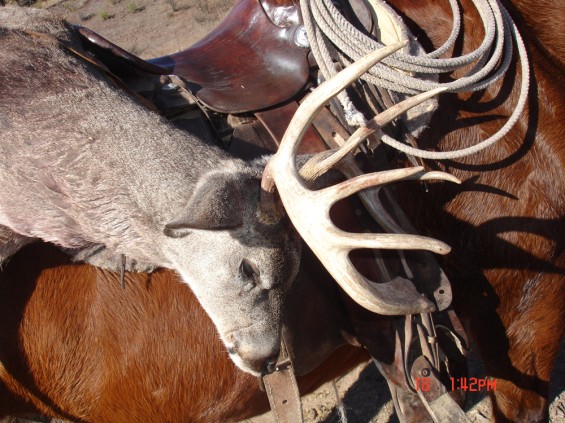 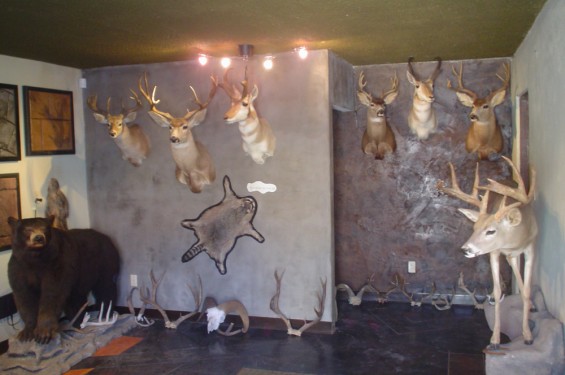