This is the sequel to the story “Opening Day Double”. We had found 3 big bucks in 2008 that we called the big three. In October 2008 my oldest brother and I shot two of those bucks. The third was no where to be seen.

In 2009 my dad, my oldest brother and myself drew the October 24B tag. My other two brothers drew the unit 22 October tag. They would be hunting the remaining big three buck. Again, several bucks were found during preseason scouting but they had not been able to locate the big one.

Opening day came and after a lot of glassing and a long day, they had not found any coues bucks. They did glass up a nice mule deer buck.

Saturday morning they changed glassing locations and settled in. At about 8:00 my dad glassed him up. The last buck of the big three.

My dad and youngest brother made the stalk while my other brother stayed put to keep an eye on the buck. After a successful stalk my dad and brother found themselves 228 yards from the buck. He was bedded in some thick stuff and behind a rock. They could only see his face and antlers.

My brother got the rifle set up so that he could easily slide into position and take the shot when the buck stood. Eventually, the big buck stood and stretched. BOOM…WHOP! The buck made it about 40 yards and piled up.

Very pretty buck. He scores right at 102″. Wish I could have been there in person to experience it. 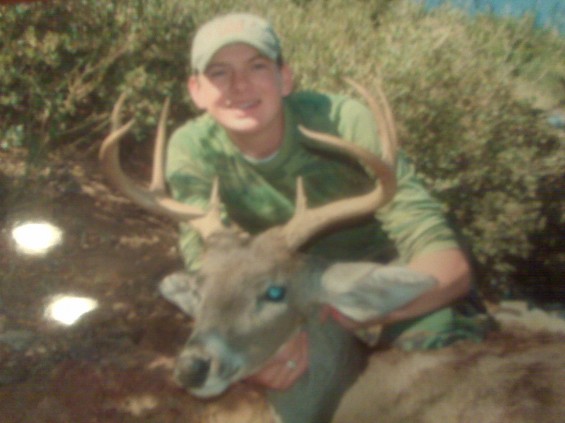 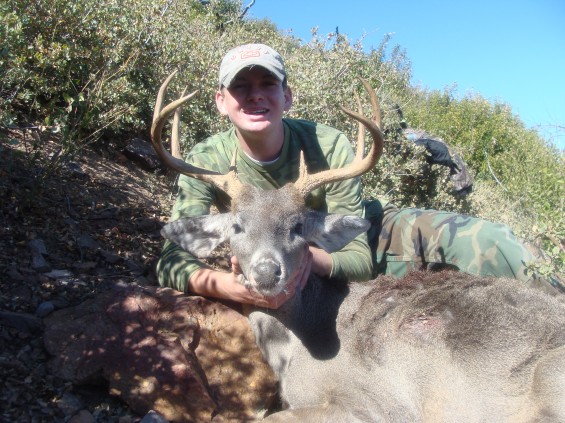