Gino says he got these two Coues bucks within 366 days.  The top buck is his fourth and largest Coues buck.  He grosses about 98 and should net about 95 P & Y.  With 18” main beams and a 15′ inside spread he is a pretty cool buck.  Gino had passed him up at 10 yds right at daybreak and decided to take him at 10:30 when he came back by.  The shot was 18 yds and the buck only made it about 50 yds after the shot.  Gino saw five different bucks that morning and  was waiting for a bigger one that they had seen in there the day before, but just could not pass up such a good buck twice. 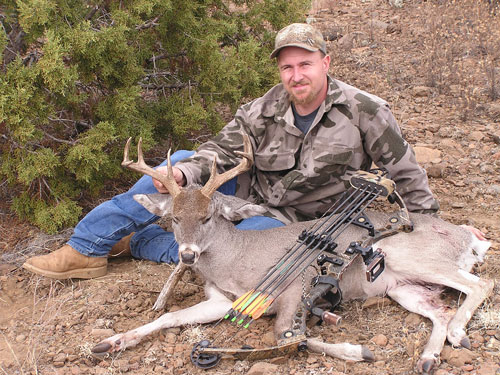 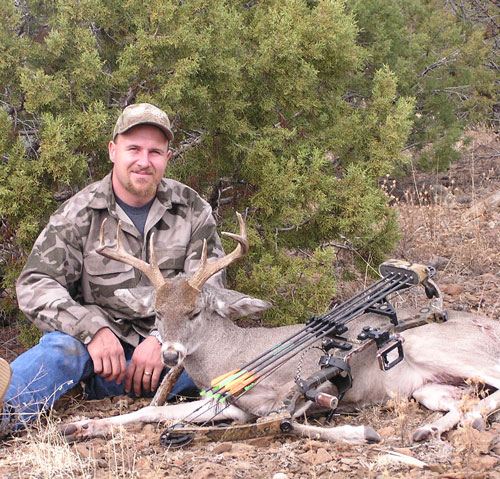 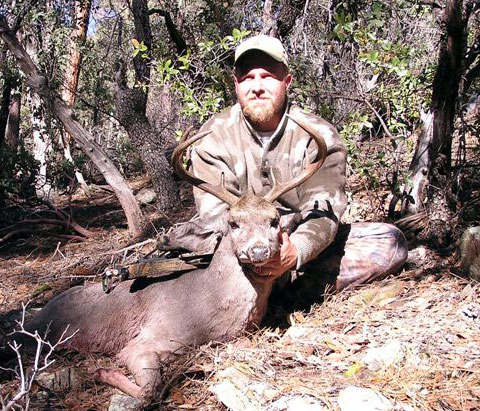 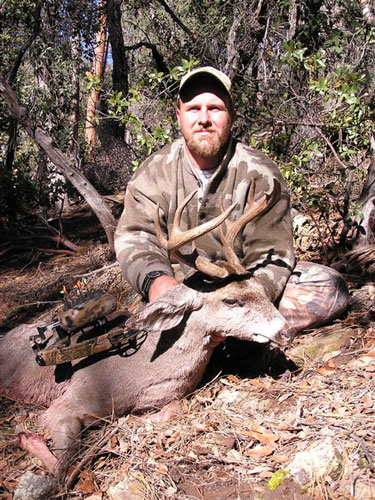