Hey guys, love this site and just wanted to share a bit about our January hunt. My brothers and I make a yearly trip from Michigan to hunt for 2 weeks in the January archery season. I’ve been meaning to post this all summer and I finally got around to it. We generally make our base camp somewhere in Tucson Region but we have hunted everywhere from the 15s to the Payson/Show Low area. In recent years we have focused more on Coues hunting and the quest to take a 100″+ buck. After many close encounters over the past two seasons, our goal was finally realized as my brother was able to take a great buck on the final day of the season in 30a. I have a few pics to go along with the story.

As always, we spent our first week chasing mule deer around 31 and 32. And as always, we had some great encounters and saw some really great bucks but we weren’t able to get the job done. We did get this trail cam pic of a muley at a tank though. Sadly we had been glassing this area all morning before he strolled through just before lunch. 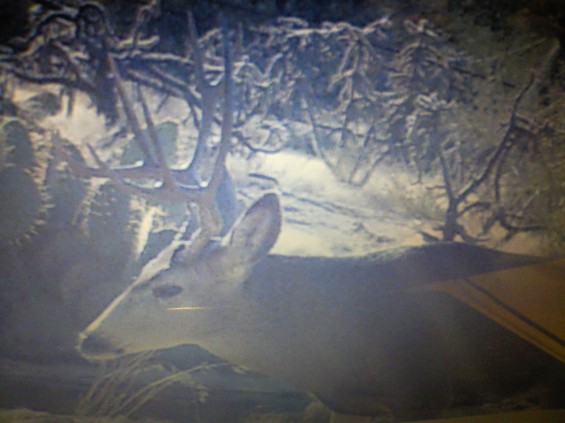 So after a week of climbing, hiking, glassing and failure we decided to head south for some Coues action. And action was exactly what we found! From the first night, we had bucks to watch non stop. I won’t go into detail about our many different opportunities… mainly to save myself the embarrassment 🙂 But on our second to last day my youngest brother missed a great 100″+ buck when he wasn’t able to get an accurate range on him. It was a long drive back to camp that night and a feeling of deja vu from our 2013 hunt.

I can’t say we had been completely unsuccessful up to our final day of hunting, since I had shot a jack that was delicious after a couple days marinating… 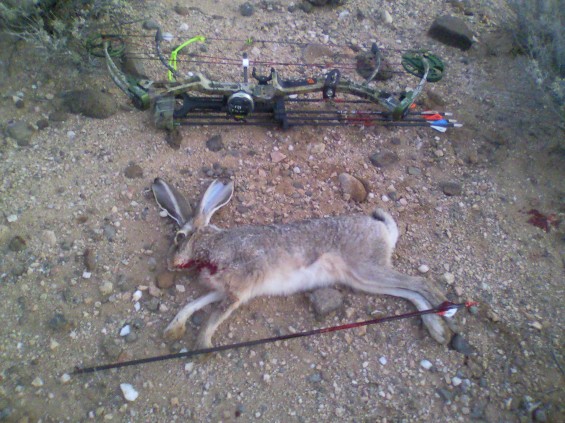 But let’s be honest, we don’t put 5,000 miles on the truck to shoot a rabbit. So it was a tense morning getting dressed and packed up for the final hunt. After spending the morning watching some smaller bucks my two brothers located a good buck and set out to put a stalk on him. While they made their way towards the buck, the fourth member of our group and I set out to glass another area that we had been seeing deer in regularly. After only a short time we were suprised and disappointed to see them hiking towards us. Assuming they had been unsuccessful, we all hiked back to the truck and were getting ready to leave for another area. Finally my brother said we had better drive up the mountain another mile so we didn’t have to drag his buck all the way down to the truck! A few minutes of confusion, laughter, story telling and tears followed. It was a moment I’ll never forget, and this was before I had even seen the deer. They had stalked within 50yds of the buck who was with a doe, but weren’t able to get a clear shot until she took a few steps and he followed. At 50yds his arrow broke both of the bucks shoulders and dropped him where he stood. And even though my brother had said it was a good buck, walking up to him was a surreal moment for all of us. 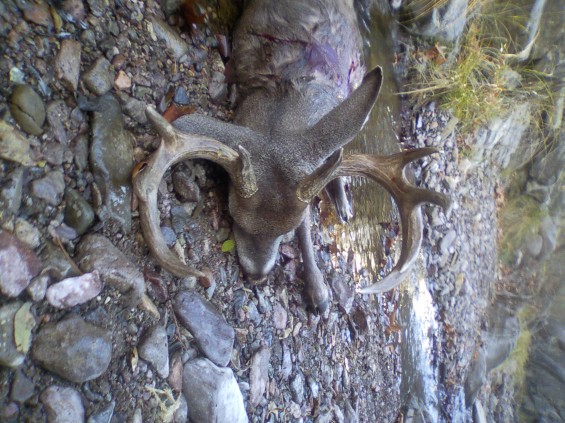 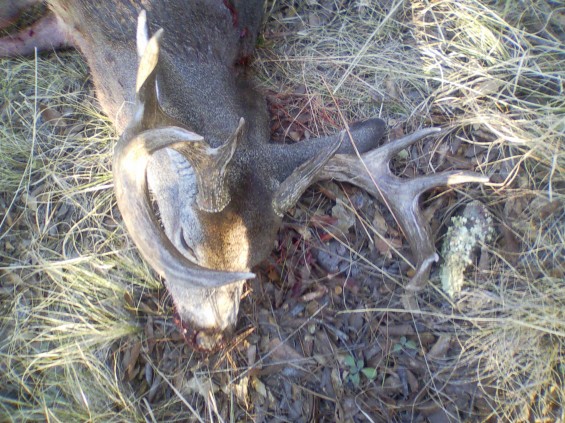 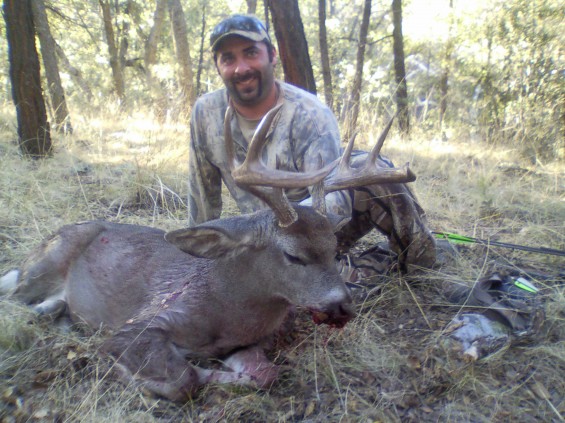 We taped him at roughly 104″. He isn’t the biggest buck we’ve seen in that area, but he was an old deer with a lot of character.

I’m sure some of you guys have passed bucks like this, but to us it was all we could have asked for and then some. We might shoot bucks that score better than this one, but they won’t ever take it’s place. This buck was bigger than a number for us. Bigger than we could measure with a tape.

I want to say a sincere thank you to everyone that contributes their knowledge and experiences to this site. Hours of looking and reading on here have given us immeasurable insight into hunting Coues and hunting AZ in general.

Also, thanks for a forum to share our story! Hope you enjoyed as much as I have enjoyed the countless posts I’ve read on here.