The top two pictures show the buck Jeff got in 1995 with a 200 yard shot from his .270. Jeff shot this buck in its bed. He missed with the 1st shot, but got him with his second. It was his first Coues deer and has four points on each side.

The bottom photo shows two Coues deer mounts (the ones with hides). The one in the top right of that photo is the same deer as the one shown in the field above. The bottom left is the deer he shot in Nov of 1997, it has 3 points per side and no eyeguards. He took that one with a .243. The other deer racks in the photo are southern California mulies. During that Nov 97 hunt, Jeff and his friend also found a lion-killed buck. 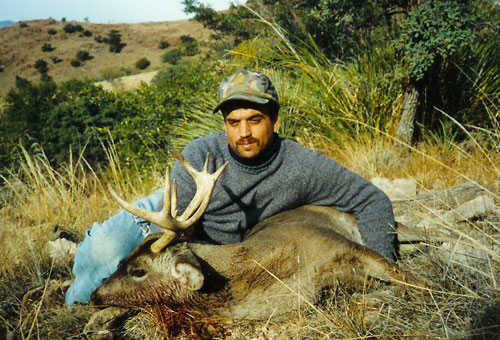 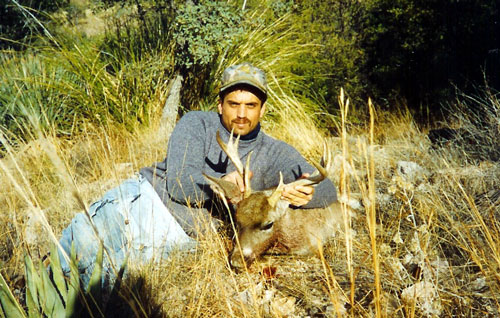 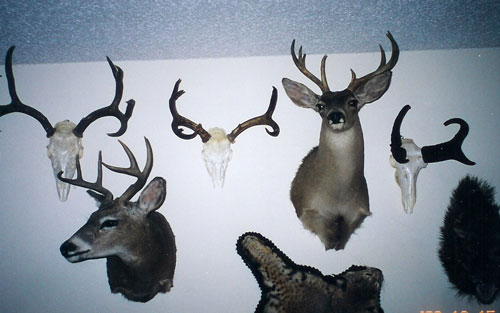