This is Justin’s second archery coues deer.  We have a Diehard Coues deer hunter on our hands……

Justin was sitting  4 feet above his Dad’s head on this particular day and was equipped with a video camera.  His Dad (Jason) had harvested a 92″ gross buck from this same tree last January and was looking for something in the 100″ range.  So….. when this buck came down the trail and paused to make a scrape, Justin passed the camera to Dad and Dad passed his 70# bow up to Justin.  Justin had never shot his Dad’s bow before and the draw weight was 8 or 9 lbs. greater than his own bow.  The buck then continued down the path toward them and as he passed under their tree, Justin shot at thirteen yards and the buck expired within 25 yds of where they sat!  And they got it all on video! 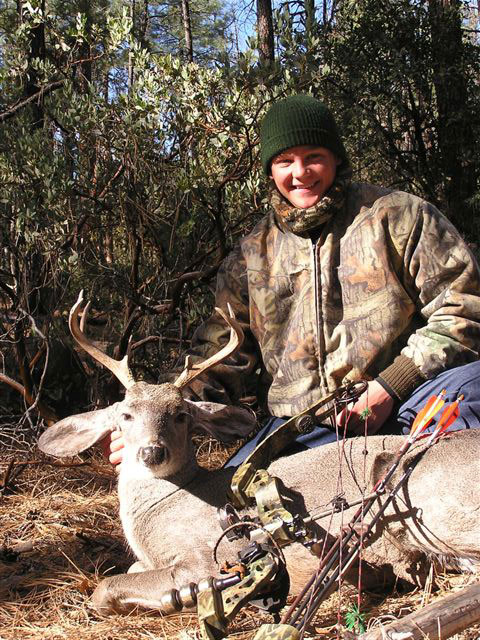 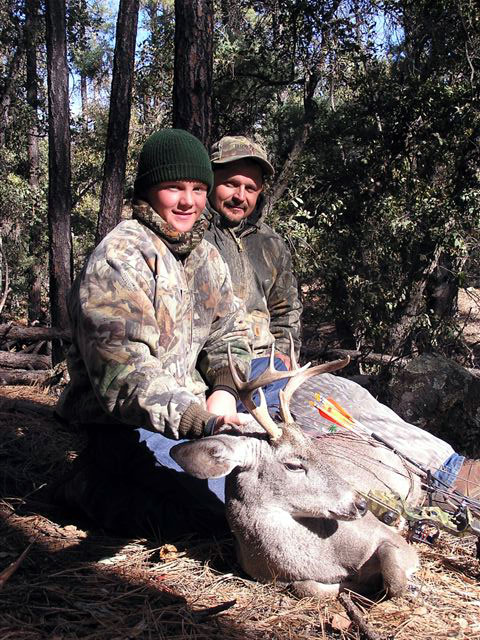