The top photo shows the buck he got before he shot it.  The photo was taken through 10×50 binoculars at 600 yards.

Kurt was trying to get within 300 yards but one of the bucks does saw him and started moving off so he had to set up at 400+yards. The first shot hit low but he adjusted & the second shot hit the mark. The antlers had two broken tines; it would have scored in the 103 range. 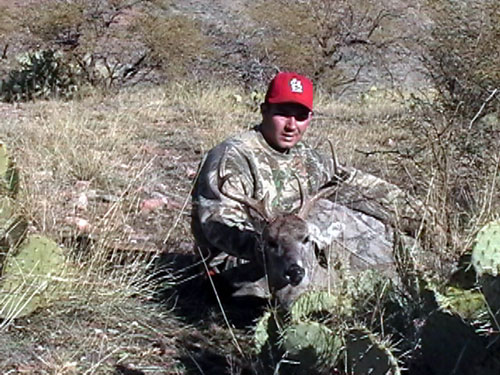 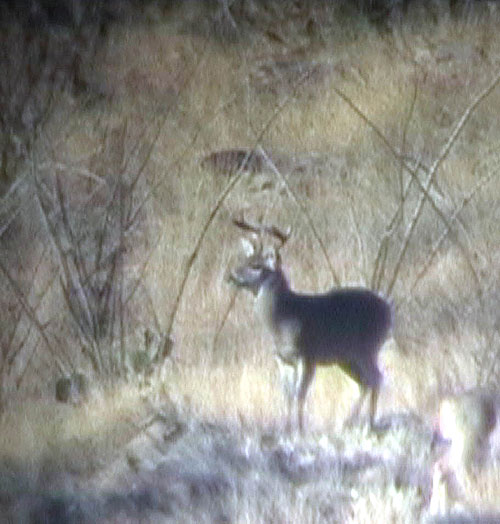