Congratulations on another fine buck Mike!   Mike said this buck he got on Mt Turnbull had a very red tail, almost like a red fox!

He also sent in the pic with all the three bucks and the CouesWhitetail.com sticker, thanks Mike!  The one on the right is Mike’s and the others deer are bucks that his friend and his son killed in 2015 also. 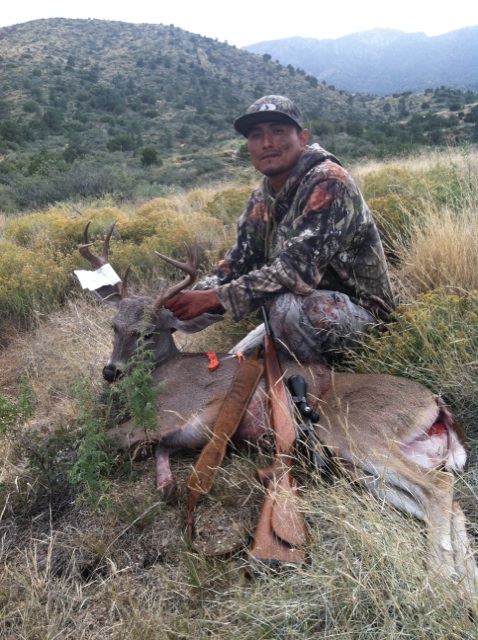 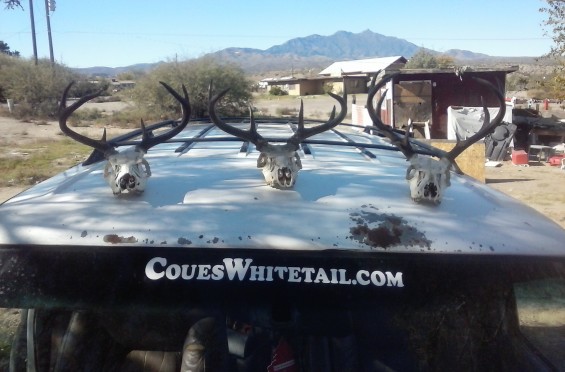